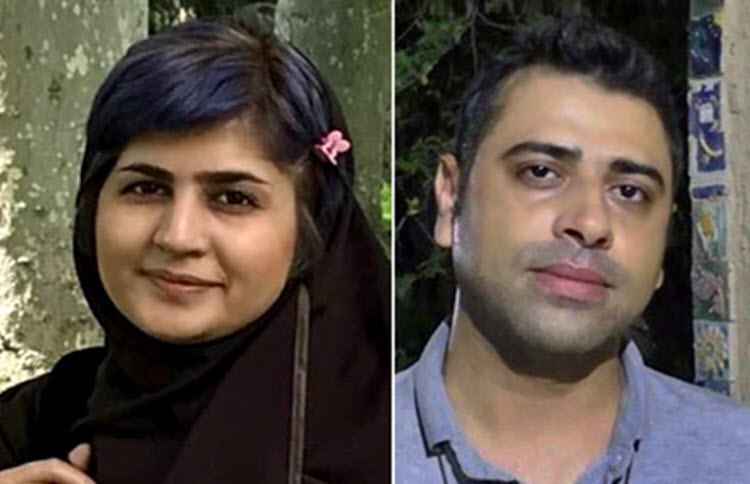 London, 11 Dec – According to Iran News Wire, sources report that the families of labor activist Esmail Bakhshi, and civil rights activist Sepideh Ghelian, were informed that Mr. Bakhshi and Ms. Ghelian were beaten and mistreated during a family visit last Sunday.

According to a close source to their families, there is no information available about their current condition a week after their last visit. “Since that day, Esmail Bakhshi and Sepideh Ghelian have not contacted their families. The fact that the families do not have any information about their condition and the refusal of security forces for them to see their lawyers despite orders from the Shush Prosecutor has aggravated their concerns”, the source said, and added, “Despite persistent inquiries by the Ghelian family and a letter from the Shush Prosecutor, security forces prevented them from revisiting their daughter and have not allowed her lawyer, Ms. Zilani to neither visit her or study her dossier.”

Assal Mohammadi, another labor activist and a student at the Tehran Azad University, was detained in Tehran in relation to Khuzestan’s workers’ protests on Tuesday December 4th. He was taken to Shush, and then to Ahvaz by security forces. Her family were finally able to visit her after many inquiries at the Shush Proseuctor’s office, and later in Ahvaz, according to a source.

There is also no news on leading labor activist and former head of the Haft Tappeh Sugarcane Factory Trade Union, Ali Nejati, who was detained 11 days ago, on November 29th, in his home in the southwest province of Khuzestan. Reports claim that he was beaten upon his arrest.

Over the past month, workers of the Haft Tapperh Sugarcane Factory have staged strikes and rallies to protest not being paid their wages, the privatization of the company, and the detention of their colleagues.

Five labor activists, including Reza Shahabi, a leading trade unionist from the Syndicate of Workers of Tehran and Suburbs Bus Company, were reportedly arrested in Tehran this week. All five were released after their families as activists gathered outside Tehran’s Evin Prison demanding their release, later reports said.

Independent unions are not allowed under Iran’s Labor Code, despite Iran’s ratification of the UN’s International Convention on Civil and Political Rights and membership in the International Labor Organization.

Iranian media regularly reports on workers who have been threatened, detained, tortured, and even sentenced to flogging, despite their legitimate demands.

By Elaheh Azimfar In three days' time, the world...