Iran: Gap Between Poverty Line and Workers’ Wages Has Tripled 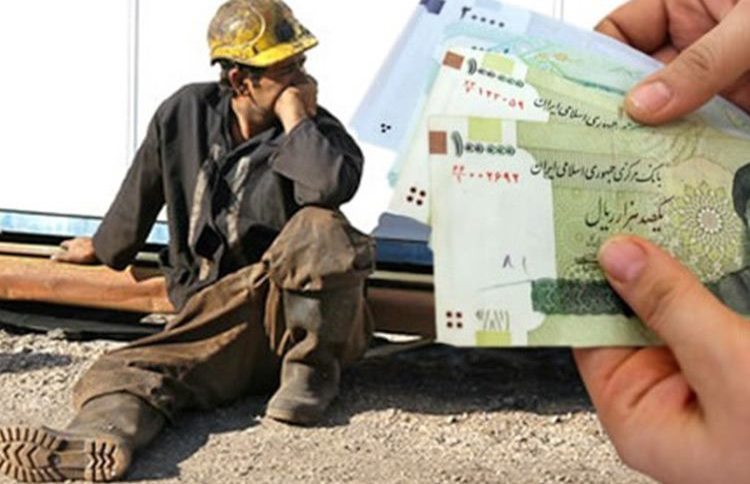 For decades the people of Iran have faced systematic state corruption by the government, state-run factories, and firms. While the Iranian government spends the national wealth in proxy wars in the region, Iranian workers are faced with difficult living conditions, and the gap between the poverty line and workers’ wages has tripled.

The reality in Iran is that laborers are getting poorer every day, according to this state-run website “Eqtesad Online” (Economy Online) interviewed Farshid Yazdani, a government expert in welfare and social policy.

Below are excerpts from this interview:

Q: Many workers now, not only don’t receive the minimum wage, but they don’t have the basic rights such as insurance. Wouldn’t it be better to put a wage and insurance reform right now?

A: Yes, in addition to the minimum wage, the other point that is of concern is the workers’ insurance. If it is to reform workers’ wages, it is also necessary to respect the right of insurance along with the minimum wage. All of these issues are a chain that together constitutes workers’ rights. Employers’ rights should also be considered in this regard.

In calculating the wages of workers, particular attention must also be paid to productive and financial matters. Naturally, if employers are forced to pay a wage for which they do not have the ability, maybe they will fire up workers or stop their activities.

Q: Of course, inflation in low-income provinces such as Zahedan is not much different from metropolises such as Mashhad, Isfahan or Tabriz. Does it seem reasonable to underestimate the wages of workers?

A: The fact is that the cost of living in Iran’s provinces is different. For example, the money to buy a house in Zahedan may not be even enough for apartment renting in Tehran. Today, this gap has grown significantly and it is better to think about a solution. Now, a report released by the Majlis Research Center (Iran’s parliament) deals only with the details and does not go into detail.

For example, it did not specify which areas workers are eligible for a higher wage and in which areas should they receive lower wages. Or in terms of the age of the workers, the report does not say whether older people should receive higher salaries or young people, who are entering the labor market.

However, setting a minimum wage requires more complex calculations and cannot be easily changed. Even if other components, such as the skill and expertise of workers, are to be included in determining the minimum wage, it requires a clear framework and precise calculation.

Q: The High Council of Labor estimated the urban poverty line index in the Persian calendar year ending March 2019 to be about 3,800,000 Tomans. Is the wage of workers now proportionate to the poverty index?

A: The poverty line index is set but is much higher than the wages of workers which are now receiving them on a monthly basis, so the difference is about three times the minimum wage. It is certainly much better to match the earnings of workers with this indicator, but it also needs reforms in the country’s bureaucracy and social security system.

On the other hand, a one-time increase in wages brings inflation and is not economically justifiable. The economic potential of manufacturing and industrial workshops should also be considered. Naturally, with the recession now dominating the Iranian economy, many workshops are unable to pay wages equal to the poverty line index.

This debate has different complexities that seem unlikely to even be regionalized. Because there is a need to increase oversight in this regard. As noted, many employers now do not abide by the Supreme Council’s approval; however, if it becomes a regional issue, more spending should be spent on oversight.

Seven Iranians Sentenced to Amputations and Flogging for Theft

By Pooya Stone Seven Iranians charged with robbery have...