New and Crippling Sanctions on Iran 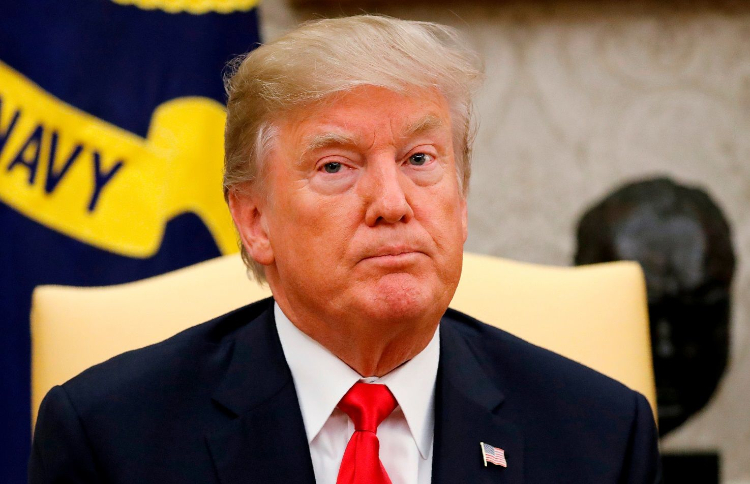 The US President, Donald Trump announced new Iran sanctions on the Iranian national bank after talks with members in his cabinet.

In the Oval Office, Trump announced the new Iran sanctions, calling them the “Highest sanctions ever imposed on a country.” Trump had promised earlier in the week to impose new Iran sanctions in retaliation for Tehran’s alleged role in strikes on Saudi Arabian oil facilities. Trump suggested Monday that Iran was to blame for the attack, adding that he would like to avoid war. Treasury Secretary Steven Mnuchin said the sanctions cut off the last remaining source of funds for Iran.

“The easiest thing I can do, OK go ahead, knock down 15 major things in Iran,” Trump told reporters in the Oval Office. “I could do that and it’s all set to go. But I’m not looking at doing that if I can.”

“I think it shows far more strength to do it the way we’re doing it,” he continued, adding that it demonstrates strength to show “a little bit of restraint.”
“Iran knows if they misbehave they’re on borrowed time,” Trump said.

The US Treasury Department said in a statement that it was sanctioning Iran’s central bank, Iran’s national development fund and Etemad Tejarate Pars Co., an Iran-based firm that U.S. officials said is used to conceal financial transfers for purchases by Iran’s defense ministry.

“We are continuing the maximum pressure campaign,” Mnuchin said. “This will mean no more funds going to the [Islamic Revolutionary Guards Corps] or to fund terror, and this is on top of our oil sanctions and our financial institution sanctions.”

“We are putting governments on notice that they are risking the integrity of their financial systems by continuing to work with the Iranian regime’s arm of terror finance, its Central Bank,” said Sigal Mandelker, Under Secretary for Terrorism and Financial Intelligence. “We will vigorously enforce our sanctions to cut off the Iranian regime’s funding of global terrorism and its domestic oppression of the Iranian people, who are the regime’s longest-suffering victims.”

AP: Iran is rejecting allegations that it attempted to...