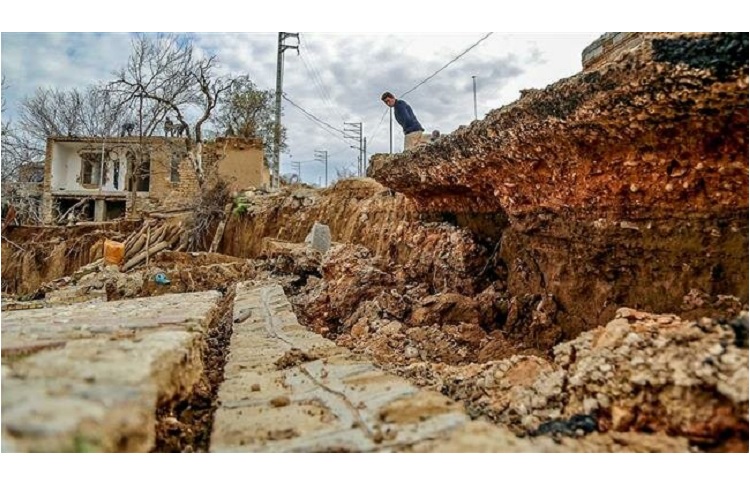 Flooding across Iran caused by severe rains has created vast damage to the buildings and infrastructure across Iran.

On Tuesday, after the first seasonal rains, most of the area around Ahvaz, Khuzestan Province, southwest Iran, were affected by floodwaters and rising sewage. While the Golestan Hospital there was in an atrocious condition, which indicates that fall and winter will be especially long and dangerous for local residents.

Elsewhere in Khuzestan Province, schools and universities in Abadan, Khorramshahr, and Shadegan were closed. In Isfahan, central Iran, there was major flooding in the city of Ardestan, which caused damage to private homes and public infrastructure.

The crisis management chief of the Isfahan Province governorate said: “The floods resulting after the heavy fall season rains inflicted vast damages to the infrastructure of five villages near the town of Hombarat. The heavy rains inflicted numerous damages to five different waterways of this town along with 50 kilometers of paths and two small bridges. A number of villagers were forced to evacuate their homes after suffering damages. The amount of rain reported in Ardestan had reached 23 millimeters.”

While in nearby Natanz, incredible damage was done to people’s farms and orchards, public roads, and waterways. In Khorramabad, the capital city of Lorestan Province, western Iran, locals were forced to evacuate. On Monday, parts of Tehran flooded, with some streets completely unusable, and the local government was put on high alert. In Poledokhtar in western Iran, at least 800 village families had their access routes cut off by rising floodwaters.

While in Saveh, southwest of Tehran, saw rising floods and many families were forced to evacuate after the Abbas Abad River rose considerably.

Many Iranian officials have given speeches over the past few days to calm tensions and prevent protests, but their comments were nothing more than lies. In previous floods, the Regime has promised to pay compensation even for those who don’t have insurance, but they haven’t.

The Iranian Resistance wrote: “The reason behind these empty promises with terms and conditions and with lots of IFs and MAYBEs is that the regime is extremely frightened of the eruption of people’s anger…. After four decades of government corruption, repression and tyranny, Iranian people have learned the true nature of the regime and do not buy their empty promises and gestures. The people have started to act themselves and do whatever they can to alleviate the suffering caused by the flood.”

No longer provide ransom to terrorists, specifically, the Iranian Regime