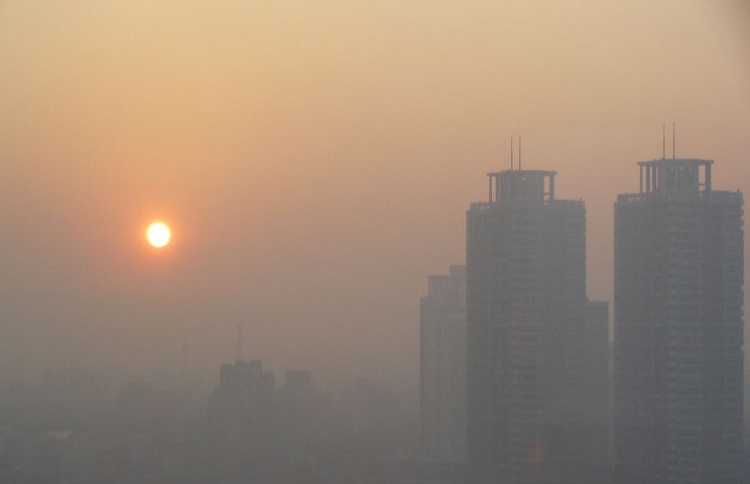 On Friday, 20 December, the Iranian government announced that Tehran schools would be closed on Saturday and Sunday. The holiday was extended until the end of this week. The reason for the school closure was Tehran’s high air pollution.

But is there really no way to solve Tehran’s pollution problem?

Tehran’s pollution has taken lives for years, and each day new deaths from air pollution are reported in the capital. Schools in Tehran are closed from time to time and sometimes in the hope for wind or rain to wash away the pollution. This is a trend that has been going on in the city of Tehran for the past four decades. But the government is reluctant to take any scientific and practical action to reduce Tehran’s air pollution.

Ever since the formation of the Iranian regime, there has always been talking about a traffic plan in Tehran. The first step in this plan was to create a special route for Tehran’s Bus Syndicate. But since then, what has been heard and seen in the practice of traffic planning and improvement of Tehran’s air has been a further restriction on cars.

The odd and even project (car with an odd license plate are allowed only to drive on odd days and vice versa) have been put into practice since 2005, but it has not cured Tehran’s air pollution.

After the odd and even project, the cars were split into three color groups of blue, green, yellow, and red, but that did not work out either.

Then came the “Air Pollution Control Plan”, where every car, regardless of odd or even, could travel within the traffic limit for a period of 20 days. The fate of this plan was the same as the previous ones.

The results of all these plans have not only been to reduce Tehran’s air pollution but also to experience increasing pollution over time. This year, while there are still three months left until the end of the Persian calendar year, so far, the air was unhealthy for 56 days for sensitive groups and 4 days for people of all groups.

It is worth noting that 25 percent of particulate pollution is less than 2.5 microns due to abrasion of tires, brake pad, and asphalt, as well as 4.5 percent of exhaust from private cars. Moving sources more than 60 percent, and other sources such as power plants, refineries, and industries together produce about 35 percent of the pollution. Most of Tehran’s air pollution is produced by diesel cars, motorcycles, and cars. Diesel vehicles are about 2 percent of all cars and motorcycles in Tehran, most of them are trucks.

If this set were to be controlled, the pollution would be reduced. These 2 percents create about 2 percent of the pollution caused by transportation. Some of these vehicles are very worn and are decades old.

Today, in many countries, such as India and Mexico, which suffer from air pollution problems in their major cities, with the use of hybrid cars they are trying to reduce the pollution of their polluted cities.

According to the air pollution monitoring stations, the highest level of pollution in Iran is in the west and south of Tehran, especially on routes commonly used by heavy vehicles. The peak of pollution in these areas is at 10 pm when trucks are allowed to drive.

Undoubtedly, this question has been raised over and over again for most people in Iranian society: why, despite various plans and measures, such as banning cars, considering limits for the traffic and, more recently, the air pollution control, does the intensity and longevity of this pollution increase day by day, and the people must always look to the sky in the hope of rain and wind to eliminate it.

In reality, there is not enough will to solve this problem by government officials.

Public transport buses, many of which are worn, are reported to have the highest share of pollution, followed by private cars and motorcycles. When a state of emergency is declared, in order to prevent the stop of the public transport cycle other vehicles are forbidden to move, to reduce air pollution.

And while the government benefits from the traffic of private cars, it prevents any traffic plan to reduce pollution.

There are various ways to address the burnout and pollution of buses that require high resources and financial support to run each, without which it is not possible. However, changing the type and quality of fuel and its effects on pollution are not possible due to the amount of embezzlement and lootings by the government.

Tehran’s mayor, Pirouz Hanachi, said in October 2019: “There is no way to reduce pollution except wind, rain, and reduced car traffic.”