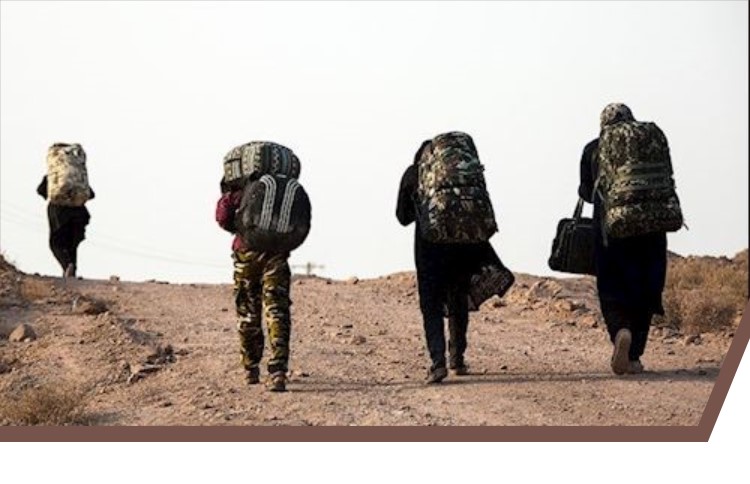 Misogyny is the most important feature of the mullahs’ ruling system in Iran and the heart of Khomeini’s ideology. Therefore, Iranian women are subject to double exploitation. Now imagine how oppressed women prisoners will be in this system. The idea is shocking.

One horrifying example of the exploitation of women prisoners was reported by the state-run news agency ILNA on 25 December. Inside the report, it mentions a Khuzestan prisoner woman named Nessa, “at the age of 31 she was at one of the darkest years of her life working in prison’s tailor unit from earlier morning until 6 pm” and earning a modest income and “spending money on the treatment of her little boy who has cancer … and her two children outside the enclosed walls”. But the pinnacle of this tragic story is where this woman’s income is determined to be “almost 100,000 tomans in a month!”

Of course, the report goes on to refer to other forms of forced labor for women and gives a more general picture of human price and the extent of their suffering in Iran’s regime prisons: “Doing cookery, from morning until 8 pm, they can earn up to 200,000 tomans. The cleaners, who do the washing of the workshops, the pots and the dishes work sometimes until midnight, can earn nearly 100,000 tomans.”

Of course, these examples from the state media are clearly a tiny fraction of the atrocities against Iranian women. What was said was the forced labor of women prisoners. Outside prison, the situation is not much different.

On social media, we have seen images of women forced to take on a dangerous job as porters, just to have a low income to survive.

This situation is prevalent in other provinces, such as Hormozgan, in addition to Kurdistan, and these women, who are often the head of households, receive little pay for transporting heavy loads, sometimes equal to or exceeding their own weight.

The reality of forced labor and exploitation of women in Iran, like all other social catastrophes, is due to corruption and the predatory and misogynist nature of this regime.

The other face of Iranian women, based on the confession of the regime, is their prominent role in fomenting the Iran protests in November and in leading the uprising.

The state-run website Khabar-Fori quoted: “Women’s leadership and leading role in the recent protests looks impressive. In many places, especially in the suburbs of Tehran, women at the age of 30-35, seem to have a particular role to play in leading the riots.”

What this shows is that women in Iran have the main role in any future changes and that’s the reason why the regime fears them and doubles the pressure they face.

The Independent: The Iranian government claims it has captured...

Glencore trades with Iran even as competitors depart