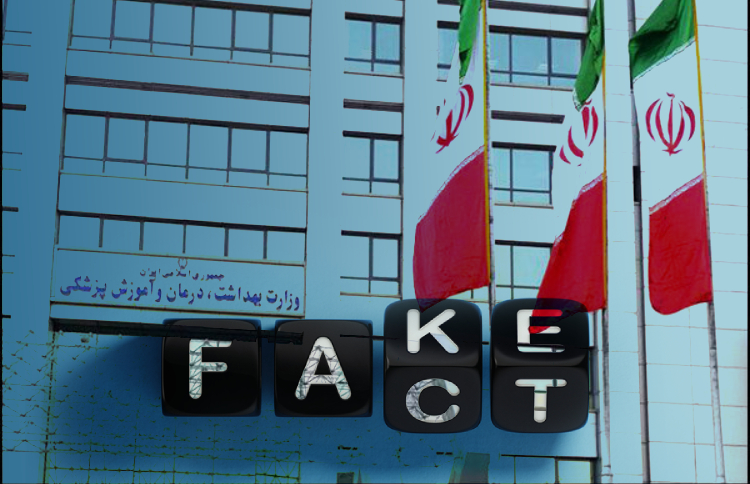 On Saturday, Iran’s Health Ministry said that 145 Iranians have died as a result of the COVID-19 virus, while 5,823 are infected.

However, reports from inside Iran show this figure to be incredibly low, which shows that the mullahs are trying to downplay the COVID-19 crisis in order to seem more in control.

In fact, the real number of infections and fatalities is so high that hospitals are overcapacity and unable to admit new coronavirus patients. Here, we will look at a few examples that sadly show the reality across Iran.

In Mashhad’s Shariati Hospital, only people suffering from severe respiratory problems can be admitted; everyone else is told to stay at home. One healthcare worker said that 14 patients have died there from COVID-19 in just two days.

In Sayad Hospital in Gorgan, a video shows that the hallways are filled with COVID-19 patients on beds because the rooms are full.
While in Rasht, hospitals have no more space. A video from outside the Rasoul Akram Hospital there shows an elderly man collapsed on the ground, coughing and struggling to breathe. Someone speaking on the video says that the hospital was overcapacity and would not admit the obviously sick man.

While a video from a morgue in Qom last week showed dozens of bodies of coronavirus victims, wrapped up, in several rooms. The bodies had been piling up for several days, awaiting preparation for burial but there are too many to process.

Of course, they are trying to keep the true death toll quiet, even after the mayor of Mashhad declared the situation “critical” and the governor of Khorasan Razavi province ordered people to stay in their homes.

Gilan’s representative of the Health Minister, Mehdi Shadnoush, said the situation was “grave”.

Even Iranian President Hassan Rouhani has been forced to admit that the coronavirus is out of control, telling Tuesday’s cabinet meeting that it spread to almost all of Iran’s provinces, just weeks after claiming that life would return to normal at the end of February.

Now the authorities have even canceled Friday prayers in all provincial capitals – something unprecedented since the 1979 revolution – because of the coronavirus.

The National Council of Resistance said Saturday that more than 2,000 people have died from COVID-19 across Iran.

The Time for Appropriate Response to Iran’s Years of Secrecy

Despite the promises of the Iranian regime that they...

By Jubin Katiraie It was reported on Wednesday that...