Many Workers’ Protests in Iran This Week 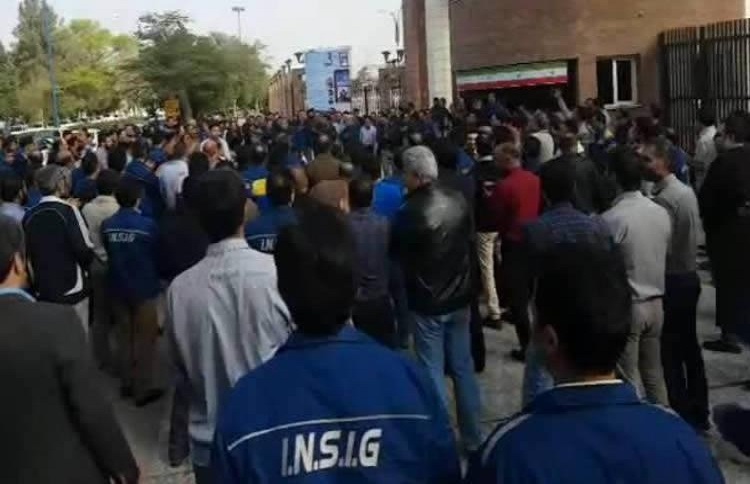 Despite the current risk of the coronavirus and the ongoing risk of violent suppression by the government, Iranians from various occupations have held protest rallies in several cities across Iran to protest their dire living conditions.

Public workers in Kut Abdullah, southwest Iran, held a rally on May 12 to protest delays in their monthly wage payments, but rather than listen to the complaints, authorities sent out security forces to arrest the protesting workers.

Also on May 12, Health Ministry employees in Tehran held a rally outside the Health Ministry building because they had not received personal protective equipment in their fight against the coronavirus and their pensions, bonuses, and overtime pay had not been paid yet.

Meanwhile, locals in Pakdasht, western Iran, protested over not receiving their houses from the government-backed Maskane Mehr project five years after they purchased them.

In Tehran on Tuesday, taxi drivers from Khorasan, northeast Iran, held a rally outside the Ministry of Road & Construction to protest their poor living conditions.

On Monday, employees of a counter factory in Qazvin, northwest Iran, held a rally outside the Qazvin Justice Department to protest poor living conditions, their job statuses being unclarified, and months of delay in receiving their paychecks.

One protester said: “Our paychecks have been delayed for nearly 27 months now. And even if these long-delayed paychecks are provided for, we can’t buy much considering the current inflation rate.”

Meanwhile, in Zahedan, southeast Iran, people protested against the destruction of their homes by the authorities after one man sent by local officials said he was working under directives from Tehran.

Also on Monday, in Qom, central Iran, bus drivers, and owners protested over being left in a limbo status by local officials over coronavirus quarantine measures. They demanded government support, including unemployment insurance.

Of the 530 buses that operate in Qom, half are privately owned, and their income has decreased significantly because of the coronavirus pandemic, with people advised to avoid public transport as much as possible to maintain social distance.

While bus drivers in Yasuj, south-central Iran, held a separate protest rally on Monday outside the Yasuj City Council offices over not receiving their wages and pensions for the past few months.

Washington Post: A move to impeach an Iranian minister, slated...