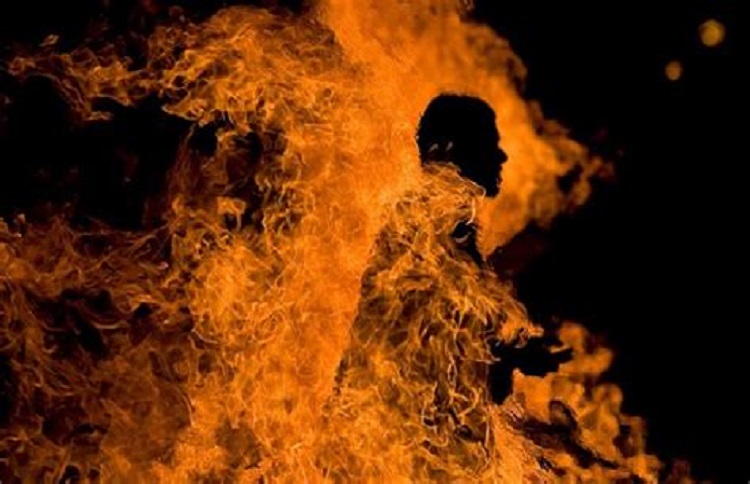 A war veteran lit himself on fire on Monday in protest to not receiving the loan he requested from the Foundation of Martyrs & Veterans Affairs in western Iran.

The man, identified by local media outlets as Jahangir Azadi Miankouhi, is reported to be in critical condition at Khomeini Hospital in Kermanshah, with doctors there saying he would not survive after suffering 88% surface area burns.

One local website reported that Miankouhi had died, but later took down the report.

The Kermanshah Foundation of Martyrs & Veterans Affairs stopped paying Miankouhi’s wages a few months back, which meant that he could not pay his debts, according to state-run media. The Foundation also refused him a loan, after he went there every day for the previous two weeks in order to convince them.

Hadi Asgari, the head of the Kermanshah Foundation, claimed that they had agreed to give him the loan and that Miankouhi had “family-related issues”, which does not really explain why the veteran would set himself on fire in protest – a practice is known as self-immolation – across the street from the Foundation.

This is one of many Foundations (sometimes called Bonyads) in Iran that are associated with the Islamic Revolutionary Guards Corps and, as such, is rife with corruption. The Foundations are under the control of Supreme Leader Ali Khamenei, so they are exempt from taxes and cannot be held accountable by anybody other than him for their financial decisions, which is one of the reasons that so much of their money is spent on malign actions.

Kermanshah province also has one of the highest suicide rates in the country, which is perhaps not surprising when you consider that the western provinces have high rates of unemployment and poverty.

The state-run Khabar Online website wrote that “suicide rates in Iran are increasing in an astonishing way”, which is terrifying and shows massive societal problems in Iran.

They wrote: “From 2011 to 2015, suicide rates increased 66% amongst women and 71% amongst men. For years now, the media have not been given stats when it comes to suicide rates as relevant organizations refuse to publish them.”