In Iran, Half of the Country’s Population Does Not Have Access to Water Resources 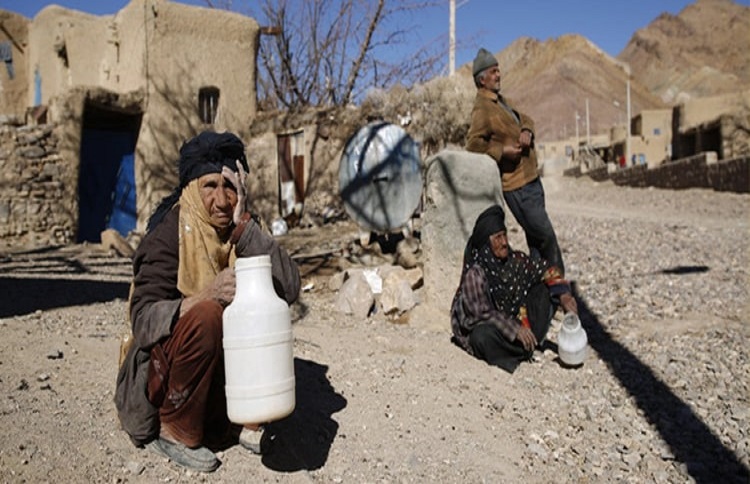 With the arrival of summer and rising temperatures, water consumption will undoubtedly increase dramatically. Now, despite the problem of water shortages that Iran is facing, the situation of the people of the country will be critical.

Summer has just begun. The country’s towns and villages are experiencing higher temperatures than in previous days and weeks. This also means that the water situation is becoming more critical, although the water shortage crisis in the country is not just about the summer.

In developed countries or in countries where governments are concerned about people’s livelihoods, the onset of summer is accompanied by an increase in water levels, but in these countries, proper management can save people from water shortages.

But the problem in Iran is different from other countries in the world. Not only water but all other of the living and basic priorities of the people are not the concern of the government, on which its management and planning are based, so that a country in a hot and dry climate can overcome the problem of water shortage, especially in the hot season.

The incompetence of the rulers in Iran in the field of water resources in the country, like other areas, is not related to today and the recent months and years.

Ghasem Taghizadeh, the deputy energy minister, said about the country’s water crisis on 21 June: “We now have about 170 cities with water stress in the country, 50 of which are tense.”

“Forty-five percent of the country’s population either does not have access to water resources or has little access to water, so we have to move drinking water sometimes from other basins,” Taghizadeh said.

But even more, critical situations can arise when we look at other of his statements, “Currently, 30 percent of the equipment in the water industry is worn out, which needs to be repaired or replaced, but repairing all the infrastructure requires a lot of capital,” said Taghizadeh, referring to the figures he could give.

Given the economic situation of the Iranian government, following the nuclear, missile mischiefs and military interventions in the countries of the Middle East, which have brought the heaviest sanctions, it is unlikely that Tehran will be able to allocate funds for modernization and change 30% of the country’s drinking water network.

This situation doubles the problems of the country’s water shortage challenge and super-crisis, so much that the water shortage problem has led to the outcry of citizens protesting in different cities.

But in the face of the mass protests of the people in different cities, what was presented by Iranian leaders as a solution may be called slander.

Iran President Hassan Rouhani said on 4 June on this subject: “If the people set the water cooler on the low, we can have a good summer.”

With this approach, we can guess what the problems of the residents of the cities that are facing a serious shortage of water are.

Ghizaniyeh in Khuzestan, whose water problems have been at the forefront of the country’s water crisis for the past few months, and since April this year, provincial and national officials have promised to solve the problem within a few weeks, but according to Taghizadeh, the people must deal with this problem till the end of September.

The problem of water shortage continues in other parts of Khuzestan. In some areas of Andimeshk county, only 2 hours of water supply is provided daily, and in some areas, although water is not supplied, water bills are issued in high prices.

Also, 22 cities in Khorasan Razavi province are under water stress, of which six cities, namely Nishapur, Torbat-e-Jam, Mashhadrizah, Shandiz, Khaf, and Golbahar, are in a red situation and are in a serious shortage of water.

South Khorasan also reports that 1,700 villages in the province have been evacuated due to water shortages in recent years, and residents have moved to cities and other areas.

The water crisis is another critical dimension, the coronavirus outbreak. “Every 20 minutes you should wash your hands with soap and water.” This expression is painful for a province like Sistan and Baluchestan, which was suggested by officials.

Asr Iran daily on 15 June wrote, “Coronavirus has hit the most deprived province in the country. Where it is not possible to go to war with it, with Tehran’s health protocols. Something new must be thought. For example, it is funny to say that you should wash your hands regularly. There is no water so that they can wash their hands regularly.”

However, it is to be expected that the water crisis, which is primarily an environmental crisis, will become a social and security crisis for the Iranian government, as the security forces have repeatedly warned against – which according to the current situation is not far off.

‘Welcome to Tehran’ – how Iran took control of Basra

The Guardian: On a recent overcast afternoon in Basra,...