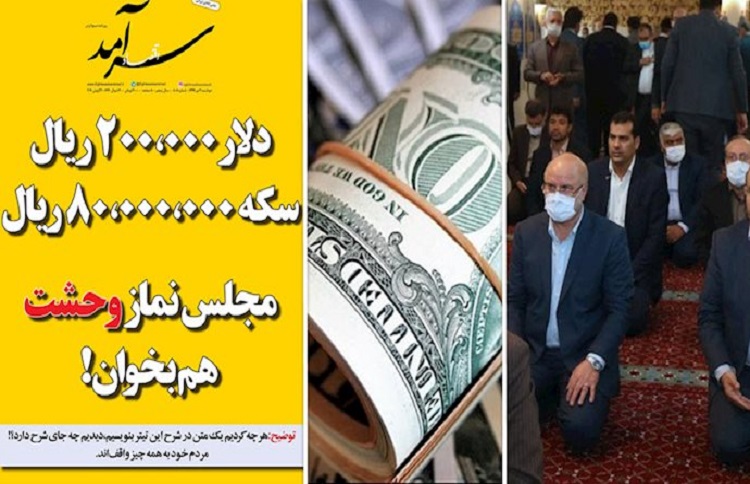 On the sidelines of an unprecedented rise in the price of gold, the dollar, and gold coins in Iran

The sentences above are samples of bitter jokes about the extreme rise of the prices of dollar and gold in Iran from Iran’s state-run media.

As the price of the dollar reached 20,000 tomans, the state-run media on 22 June called on the regime to withdraw from the NPT and to pray for fear in the parliament and gave Rouhani’s government a management score of 20 (which is 100 percent in Iranian scoring).

The Eghtesad Saramad daily ran a frontpage title on Monday saying: “1 US dollar = 200,000 rials. 1 (gold) coin = 80,000,000 rials. The parliament should start praying for fear! We tried everything to provide an explanation for this title, but we saw that this is unnecessary. People are aware of everything.”

The Aftab Yazd daily wrote: “Will the dollar go down if we leave the NPT? These days, the economic situation in the country is not going well. Oppressive US sanctions have created problems, and mismanagement is becoming more apparent. But assuming that the proposal of the MPs to leave the JCPOA and the advice of the media activists of this movement, including Hossein Shariatmadari, who is leaving the NPT, will be realized, will the economy be fixed?

“If the government pays attention to the advice today and announces that Iran will withdraw from the JCPOA, will the price of the dollar fall? Will banking transactions be facilitated and investments will be made? 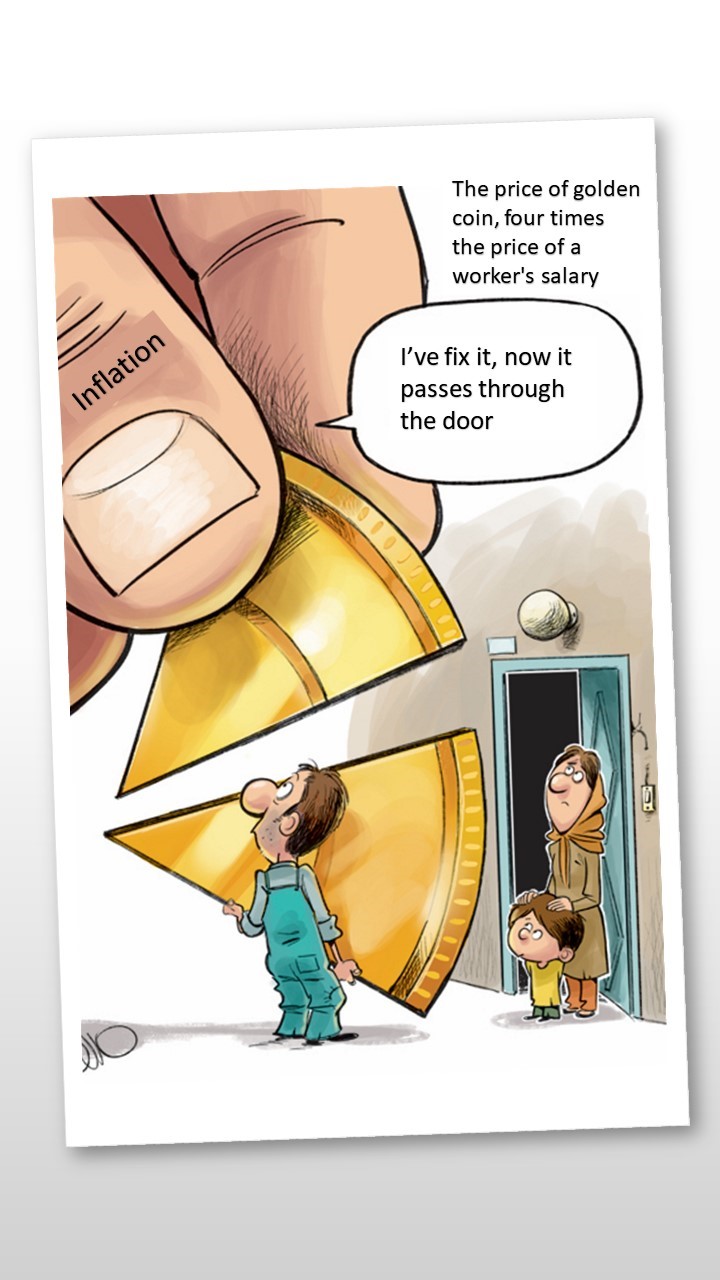 Cartoon about the price rise of the gold coin in Iran, source: state-run media – translated

“Now that we are at the beginning of the summer of 2020, it has become clear that the economy and production will not survive unless we provide liquidity and import raw materials. That is, in a way, it has to do with sanctions. Look at the home appliance market that was supposed to be available to domestic manufacturers.

“Every day the price of goods goes up and producers have just one word: Government support. So how can a government with a shortage of foreign exchange, support the producer?”

“The capital market grew by almost 148 percent in the spring of 2020, and we are now seeing an increase in the price of currency and gold. The main problem is that the capital invested in the capital market is not for shareholding, but only for agiotage and does not lead to production. With each shock on the stock market, investors are moving to other markets.”

AFP: Iranian MPs have withdrawn an impeachment motion against...

Iran-Born Scientist on Food and Water Strike in Prison