Destruction of the Nutrition System in Iran 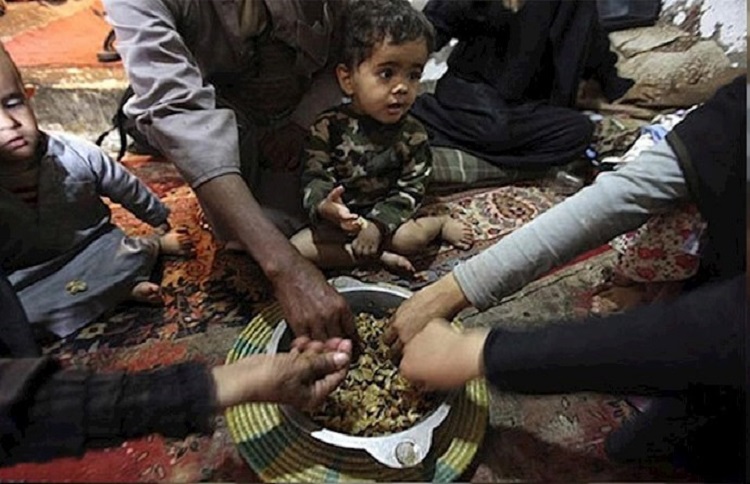 Nutrition is one of the main indicators of economic and living conditions in all countries.

How to feed affects the growth and health of children, improving the condition of patients, general health of the body, and many other factors, and the basis for achieving proper nutrition for the family is the ability to finance the items needed in the livelihood basket.

It is a fact that Iran’s media and government figures acknowledge that Iran’s people are getting poorer and more malnourished day by day. Malnutrition in Iran, especially among children who share a special effect of malnutrition, poses a painful future for 90% of the deprived people, who are trying to make a living.

Only 14 million of Iran’s workers’ households are affected by malnutrition. While the poverty line income in Iran is 9 million Tomans in big cities, and an income of fewer than 6 million Tomans has been announced to be the so-called line of misery, a line under which living is not anymore imaginable, but the income of a simple worker in Iran is 1.9 million Tomans. And in the best-case scenario, with benefits and other additions, it becomes 2.5 million Tomans.

A spokesman for the health department in Khuzestan says: “When food security is low, malnutrition develops, and the immune system is weakened in malnutrition. When water, electricity, and rents become more expensive, there is no money left for the family to buy food.

“Unfortunately, in some provinces of the country, such as Khuzestan province, food security has not good indicators. If 30% of household income is spent on food, it means that food security is not good there. (Iran state-TV Khuzestan channel, 20 July)

The state-run daily Arman quoting the Director-General of the Nutrition Improvement Office of the Ministry of Health and wrote: “Coronavirus outbreak also has economic consequences in all societies, which can also jeopardize people’s food security.

“Declining incomes and rising food prices, especially in the lower deciles (of the strata), may pose problems for food security. Currently, we are still witnessing malnutrition in the less privileged areas of the country. Topics such as short stature, weight loss in children under five and pregnant mothers.

“We know that there is a lack of calcium intake in the country due to the lack of consumption of milk and dairy products as the main source of calcium. Osteoporosis is reaching the age of fewer than 30 years in the country. (Arman, 28 May)

Mohammad Alavi, Head of Health Center in Khuzestan, said about the impact of the coronavirus on people with bad nutrition conditions: “The disease has a high mortality rate in malnourished people.”

In the conditions of increasing prices adding to the coronavirus crisis, how can a working family plan its extremely low income? And what kind of food does this amount of money provide to a family of four?

If each meal of one member of this family is an egg and one loaf of bread, the cost of food for a family of four would reach more than 700,000 tomans per month.

In such a situation, the purchase of milk, cheese, meat, and other items will be removed from the basket of working-class families and the members of this family will be malnourished.

When the shadow of poverty is covering the Iranian people, there will no more ‘food security’ and ‘healthy food,’ especially for a worker who has not been paid for months and does not know how to support his family.

A Glimpse at Iran’s Unemployment Crisis