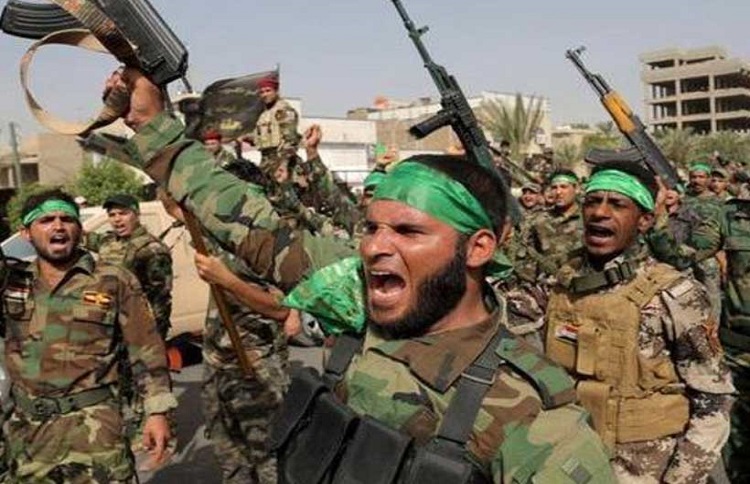 On Monday, July 27, several high-ranking officials from Karaj Central Prison, as well as a well-dressed delegation, visited various wards of the prison to find inmates to fight in the Syrian Civil War, alongside the forces of the Iranian regime and the Syrian regime.

The selected inmates, who were convicted of murder or kidnapping, as well as those sentenced to death and heavy prison terms for other crimes, would essentially be cannon fodder; sent out to absorb the blows from opposition forces in Syria to protect the “real” soldiers.

The regime promised to release the inmates if they agreed to fight to help the regime preserve the Bashar Assad dictatorship in Syria, but it might not be that simple.

There have been reports of this illicit recruitment practice in the past.

One inmate released from his heavy prison sentence under the scheme, who did not want to be identified, said that officials had suggested that he go fight in Syria or other countries where Iran is conducting wars or proxy wars or has a lot of influence. He and other prisoners were told that if they survived, they would be freed.

He said: “Some inmates who were sentenced to death or had long prison terms agreed to know they had no other choice. If anyone refuses to be dispatched to Syria, they will be executed or face death in prison. If they do agree, maybe they have a chance to be relieved of execution.”

The inmate continued by saying that if a prisoner survived the first country they were sent to, they would be sent to another, and if they survived that conflict too, they would be returned to Iran. However, the catch is that the prisoner will not be allowed to contact their family or return home. Instead, they are sent to a town far away and effectively drafted into the Revolutionary Guards Corps (IRGC) to be sent to fight whenever the regime deems it necessary.

He said: “I saw two cases with my own eyes. One individual went by the name of Rauf. His family and other inmates were told he was executed. He was sentenced to death on charges of preparing and possessing narcotics. He was sent directly from the [IRGC] intelligence to Syria. He told me he is going to Syria, but they will lie to you and say I was executed.”

The regime will clearly keep sending inmates to fight in these wars because it is hard to get willing recruits from the general public.

Reuters: France voiced scepticism on Wednesday that a revival...

Reuters: Iran said on Wednesday it would not take...