New York Times: A dissident group that had previously revealed the existence of several hidden nuclear sites in Iran claimed Thursday that it had evidence that the country was building another secret uranium enrichment plant. 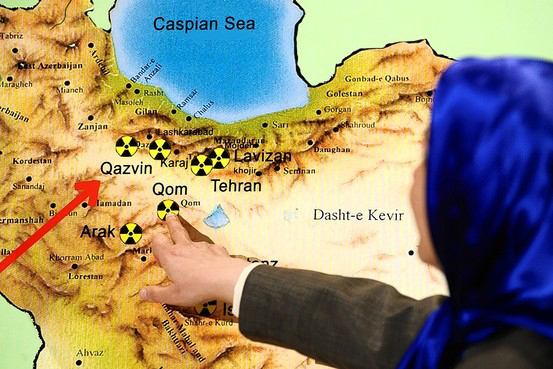 WASHINGTON — A dissident group that had previously revealed the existence of several hidden nuclear sites in Iran claimed Thursday that it had evidence that the country was building another secret uranium enrichment plant.

The group, the People’s Mujahedeen of Iran, showed satellite photographs of an extensive tunnel-digging operation near a military garrison northwest of Tehran. But the group had no pictures of the interior and no evidence to back up its claim that the site was intended to hold several thousand centrifuges, the machines used to enrich nuclear fuel for power production or weapons. The Obama administration, which publicly revealed evidence a year ago of a hidden nuclear facility near the holy city of Qum, reacted cautiously to the group’s announcement.

In recent months officials have said they had no evidence of another enrichment facility, though they have expressed suspicions about a number of deep tunnels built into hillsides or mountains. One United States government official said the evidence from the People’s Mujahedeen, which was turned over to American officials this week, would require careful examination.

A new enrichment plant, if it existed, would heighten suspicions that Iran was trying to evade international inspectors and find another way to produce fuel usable in a bomb. But there are other possible explanations for an underground facility, including a location to store conventional weapons.

The exile opposition group has a long and tense history with the United States government, and it has openly called for a change of government in Iran. But it accurately revealed the existence of the country’s main underground nuclear enrichment center, at Natanz, and the facility at Qum, which is still under construction. Both are now visited regularly by international nuclear inspectors.

Some other allegations from the group, one American official noted Thursday, “haven’t proven as accurate.”

Alireza Jafarzadeh, a spokesman for the group, presented satellite photographs of the suspect site, near Qazvin, to reporters in Washington. His group called it the Behjatabad-Abyek site, named for nearby towns. “This is certainly part of the secret weapons program,” he said.

He and Soona Samsami, who played a role in revealing a secret site in Tehran where inspectors later discovered Iran was secretly manufacturing centrifuges, alleged that some of the same companies involved in building the Qum facility were involved in this project. But Mr. Jafarzadeh said he could not identify the sources of his information inside the country for fear of jeopardizing their safety.

Iran has declared that it plans to build 10 new enrichment sites, far more production capacity than it would need for its nascent nuclear power projects. Under the rules of the International Atomic Energy Agency, Iran would be required to reveal those construction plans well in advance; the Iranians say they no longer subscribe to that provision of the agency’s rules.

The agency could demand access to the new facility, but it is unclear if the Iranians would permit such an inspection.

No Obama reception invite for Ahmadinejad

AFP: Iran's President Mahmoud Ahmadinejad should not expect an...