Reuters: President Barack Obama said on Friday there are a “host of options” available to the United States and its allies if sanctions against Iran fail to thwart its nuclear ambitions. 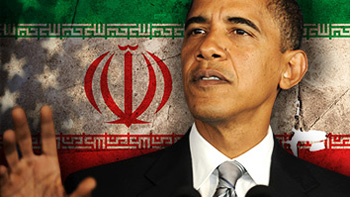 WASHINGTON, Sept 24 (Reuters) – President Barack Obama said on Friday there are a “host of options” available to the United States and its allies if sanctions against Iran fail to thwart its nuclear ambitions.

Obama, speaking in an interview with BBC Persian, said he prefers a diplomatic solution to the nuclear standoff with Tehran but that would require a different attitude from Iran.

The U.S. president, in New York for a session of the U.N. General Assembly, used the Farsi-language broadcast to send a message to Iran, whose leadership has defied Washington’s efforts to curb Tehran’s nuclear program.

“We are willing to reach out with an open hand, to the Iranian government and the Iranian people,” Obama said as he reiterated his willingness to engage diplomatically.

The Obama administration has recently pushed through new sanctions in the U.N. Security Council and imposed unilateral U.S. penalties. “We do think that the sanctions raise the costs for the government,” he said.

Asked what other actions could be taken if sanctions do not work, Obama said: “There are a whole host of options. And these options would be exercised in consultation with the international community.”

Obama, who did not specify what additional options he had in mind, said a diplomatic solution remained possible. “But it is going to require a change in mindset inside the … Iranian government.”

Reaching out to the Iranian people, Obama voiced respect for Iran’s heritage as a cradle of civilization but said Iranians were ill-served by their government.

Obama, asked whether he would stop Israel if it decides to strike Iran’s nuclear sites, said he would not “engage in hypotheticals.” Israel, Iran’s arch-foe in the Middle East, has not ruled out military action.

“Understandably, Israel is very concerned when the president of a country, a large country near them, states that they should be wiped off the face of the earth,” Obama said, referring to comments by Iranian President Mahmoud Ahmadinejad.

Obama said Iran could play a constructive role in stabilizing neighboring Afghanistan and that the United States was willing to work with Tehran toward that goal. But also said, “Behind the scenes, we see evidence that occasionally, they have, actually, helped insurgents in ways that end up harming our troops (in Afghanistan).”

Reuters: Iran sees no risks to its gasoline imports,...