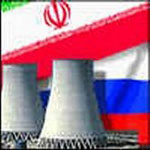 Reuters: Russia on Wednesday vehemently criticized a U.N. nuclear watchdog report saying Iran appeared to have worked on designing an atom bomb, saying it contained no new evidence and was being used to undercut efforts to reach a diplomatic solution.

MOSCOW (Reuters) – Russia on Wednesday vehemently criticized a U.N. nuclear watchdog report saying Iran appeared to have worked on designing an atom bomb, saying it contained no new evidence and was being used to undercut efforts to reach a diplomatic solution.

Sharpening opposition to any new sanctions against Iran in the U.N. Security Council, where Russia has veto power, senior diplomats said further punitive measures would be “destructive” and urged a revival of talks between Tehran and global powers.

The Russian remarks came during a visit by a senior Iranian official for talks on the program which Tehran says is peaceful but the United States and its allies fear is aimed at developing the capability to build atomic weapons.

They underscored a divide between Russia and the West over a report by the U.N. International Atomic Energy Agency that deepened U.S. and European suspicions about Tehran’s intentions.

“According to our initial evaluations, there is no fundamentally new information in the report,” the Foreign Ministry said in a statement.

“We are talking about a compilation of known facts, given a politicized tone,” it said, adding that interpretations of the report brought to mind the use of faulty intelligence to seek support for the U.S.-led invasion of Iraq in 2003.

Earlier, in a barrage of Russian comments on Iran, Deputy Foreign Minister Gennady Gatilov said any new sanctions “will be seen in the international community as an instrument for regime change in Tehran,” Interfax reported.

“That approach is unacceptable to us, and the Russian side does not intend to consider such proposals.”

“We are showing them the faulty and destructive nature of that policy,” Ryabkov said.

In its report on Tuesday, the International Atomic Energy Agency (IAEA) said Iran may still be conducting secret research with no logical application other than developing nuclear bombs.

A U.S. official said the United States could impose more sanctions on Iran. French Foreign Minister Alain Juppe said the Security Council should be convened and that Paris was ready to adopt “unprecedented” sanctions if Tehran refused to cooperate with efforts to ensure it is not pursuing nuclear weapons.

Russia has grudgingly approved four rounds of U.N. sanctions on Iran after watering them down, with China. But it has criticized Western states for imposing additional punitive measures and signaled in recent months that it would oppose a new push for sanctions in the Security Council.

Russia has close commercial ties with Iran and built a nuclear power plant that was switched on in the Islamic Republic this year. It has repeatedly said too much pressure on Tehran is counterproductive.

Russia is instead calling for a step-by-step process under which existing sanctions would be eased in return for actions by Tehran to dispel international concerns.

In its statement, the Foreign Ministry said discussions of the IAEA report had turned into a tool for attempts to scuttle the Russian initiative and doom chances for a diplomatic settlement, warning that could sow confrontation.

“Russia is very concerned that the report is being used to undermine efforts by the international community for the swiftest possible political and diplomatic resolution of the situation surrounding Iran’s nuclear program,” it said.

“We also see in this an attempt to deliver a blow to Russian initiatives whose aim to foster a solution.”

In a visit that appeared to have been timed to coincide with the report’s release, Ali Baqeri, deputy secretary of Iran’s Supreme National Security Council, met Russian presidential Security Council Secretary Nikolai Patrushev and Foreign Minister Sergei Lavrov in Moscow on Wednesday.

In the meeting, they emphasized the need for new talks between Iran and six global powers — Russia, China, the United States, Britain, France and Germany — as well as the IAEA, the Russian Security Council said in a statement.

Senior Russian security officials accept the West has legitimate concerns about Iran’s nuclear program. But officials, including Prime Minister Vladimir Putin, who is expected to return to the presidency next year, have said there is no clear evidence Iran is trying to develop a nuclear bomb.

Analysts say Moscow may have calculated that it has little to gain from supporting new sanctions against Iran. This would further hurt ties already damaged by Russia’s backing of the most recent measures in June 2010, when President Dmitry Medvedev also scrapped a deal to deliver air-defense missiles to Tehran.

Those sanctions were adopted at a time of improving relations between Russia and the United States, after President Barack Obama downsized a European missile defense plan that Russia opposed and signed a nuclear arms limitation treaty with Medvedev.

AFP: The United Nations' monitor for human rights in...