Trump Should Stand up Against Iran’s Ransom Demands 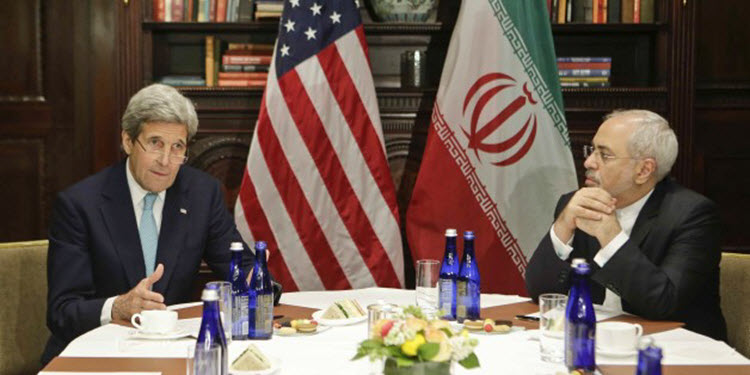 London, 1 Dec – The election of Donald Trump provides the opportunity to restore US credibility in the Middle East, according to a human rights advocate who leads an international organisation fighting for justice for the oppressed.

Alejo Vidal-Quadras , the president of the International Committee in Search of Justice, wrote that by vehemently opposing the nuclear deal, Trump has cast himself as an enemy of the Iranian Regime.

His election could mean big changes for the US’s relationship with Iran.

Vidal-Quadras, the former vice president of the European Parliament, wrote: “Even without a complete renegotiation of the deal, there is much that Trump can still do in combating Iranian nuclear ambitions and sponsorship of extremism in the Middle East and around the world.”

He encouraged Trump to enforce the rules of the nuclear agreement as Iran had consistently violated the terms of the deal. This would mean sanctions which would cost the Regime and their terrorist Revolutionary Guards dearly.

Vidal-Quadras wrote: “In doing so, he would send a clear message to the Iranian regime, enforce international law and lessen the threat around the Middle East.”

He stated that Trump should also stand up against Iran’s ransom demands for the release of foreign nationals, and force Iran to stop meddling in the affairs of foreign nations, whether by funding armed rebels in Yemen or defending a dictatorship in Syria.

The most important thing that Trump can do to oppose the Iranian Regime is to support the democratic resistance forces; those who want a secular, democratic and tolerant society.

This idea was backed by 40 former senior US national security officials from four administrations, who met in 2015 to call for the US to support the National Council of Resistance of Iran, led by Maryam Rajavi.

Vidal-Quadras wrote: “The key component of the NCRI, the People’s Mojahedin Organization of Iran, has maintained an extensive popular support among Iranians at home and abroad, despite a brutal repression including the execution of dozens of thousands of their activists by the regime. It must be remembered that it was the MEK who blew the whistle and revealed Iran’s concealed nuclear program in 2002.”

In his 2005 state of the union speech, George W. Bush stated: “If the Iranian people stand up for their liberty, America stands with them.”
Trump must live up to this statement, rather than appeasing the mullahs who wish to imprison their political opponents and are a direct threat to democracy.