Iranian People Do Not Want Negotiations With This Regime 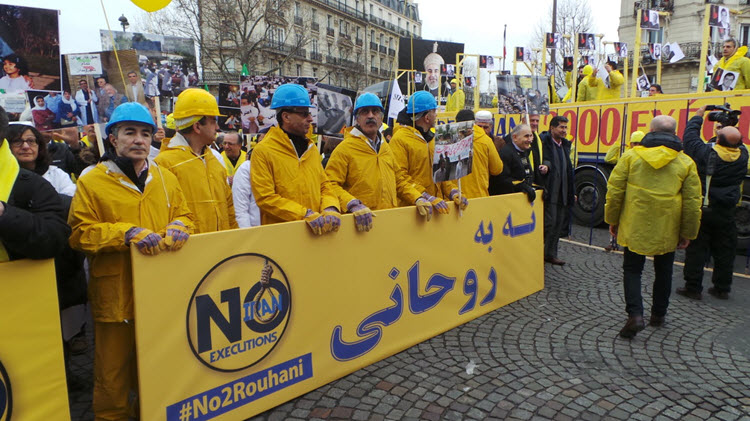 London, 30 Nov – Oppression by the Iranian Regime has only increased since the 2015 nuclear deal according to recently escaped political dissidents; this notion is supported by U.N. General Secretary Ban Ki-Moon.

The dissidents revealed that the money paid to Iran by the US and the release of bank assets that had been frozen since 1979 has only increased the Regime’s terrorist activities in the middle east.

In his October report to the UN, Ki-Moon said that human rights violations were continuing at an alarming rate with a rise in executions, corporeal punishments and the treatment of political prisoners and journalists.

Her lawyer was arrested for protesting the execution of a teenager and could not represent her in court, not that it would have changed things. Madadzadeh was sentenced by a vindictive prosecutor, singled out in a 2010 State Department report on human rights violations in Iran.

She said: “Iranian people do not want negotiations with this regime, and they hate appeasement policy with this regime. They want the world, European governments and United Nations and the U.S. to stay firmly against the regime’s policy of violence against human rights — the regime’s crimes in Iran and Syria and exporting terrorism in the world. Iranian people want a change in regime by themselves and resistance.”

Madadzadeh continued: “Nothing changed in Iran’s people’s life. The deal was just with the regime. The guards of the regime, the one that was spending money to export terrorism and was spent in Syria and [for] the suppression of the Iranian people. Not for the freedom. Not for people.”

She escaped from Iran to Paris via an underground railroad type plan operated by the People’s Mujahedeen of Iran (MEK). The MEK is part of the National Council of Resistance of Iran and has been a valuable ally to the West, revealing Iran’s nuclear programme and terrorist activities.

Another escapee, Arash Mohammadi, was arrested for taking part in demonstrations following the rigged re-election of President Mahmoud Ahmadinejad.

Mohammadi said that the protesters were urging President Obama, who was trying to broker a deal with Iran’s supreme leader, Ayatollah Ali Khamenei, to support the protesters. Obama did not.

Mohammadi was imprisoned for two years and suffered extreme violence whilst refusing to denounce the MEK.

He encouraged President-elect Donald Trump to side with the Iranian dissidents.

He said: “If the West wants to have a good reputation in Iran, my point is, side with us. Side with the resistance. History will remember you in a good way. That’s for your betterment and for Iranian people’s betterment.”

Iran: Revolutionary Guard Commanders and Regime’s Parliamentarians Oppose The UN Convention on Rights of the Child

AFP: The Tehran prosecutor confirmed on Tuesday the arrest...