All They Want for Christmas Is Their Freedom From a Tyrannical Regime. 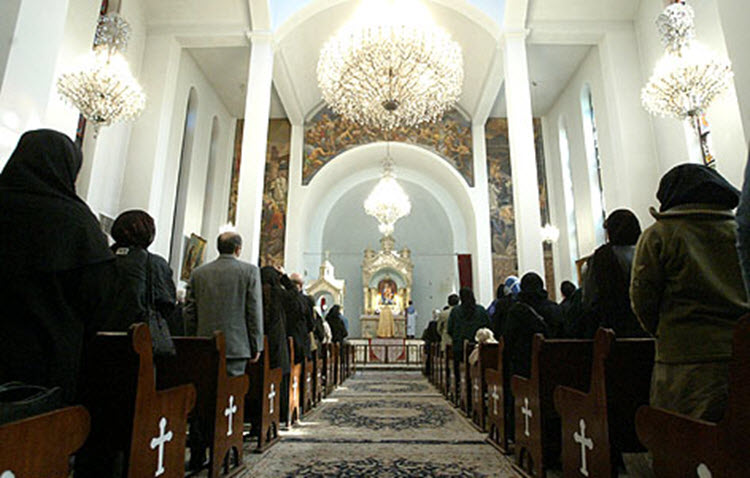 London, 1 Dec – An Iranian-American Christian and human rights activist has written an op-ed for The Hill about the plight of Iranian Christians who are crying out for freedom this December.

That changed following the 1979 takeover by the mullahs. All religions, other than Shia Islam, were persecuted and many religious minorities fled.

Jam wrote: “The situation of the Iranian Christian minority did not see any improvement subsequent to President Hassan Rouhani assuming office. The U.S. Commission on International Religious Freedom confirmed this when its 2015 annual report noted that an increased number of religious minorities have been jailed under Rouhani.”

This is enough to dispel the myth that Rouhani is a moderate but there is much more including the executions of 3,000 people in his three-year rule.

Jam accused the Obama administration of deferring questions on dealing with the Iranian dictatorship and thereby emboldening the Iranian Regime in its wicked actions.

She said: “A successful policy vis-a-vis the regime in Tehran has seemingly eluded Republicans and Democrats for the last 16 years. In all fairness, it is time to try something new, for our own sake and for the sake of Iranians.”

She acknowledged that there is no easy solution but the US must recognises that Iran is the common factor in both the rise of ISIS and the instability of the middle east. Iran’s hollow promises of change have failed to materialise; therefore, America must support the persecuted people in Iran.

The majority of Iranians support a democratic secular rule by the People’s Mojahedin Organization of Iran (PMOI/MEK), so America must support the Iranian Resistance in its quest to remove the mullahs from power, try them for their war crimes and input a tolerant, democratic power.

Jam wrote: “The MEK has long served as an example of an organization whose principal aim has been to combat Islamic fundamentalism and terrorism that emanates from it. Khomeinists engaged in widespread repression of the MEK, and the West remained silent as they executed tens of thousands of MEK activists.”

The MEK is part of the National Council of Resistance of Iran (NCRI), a coalition of Iranian opposition organizations. It is led by Maryam Rajavi; her leadership is a direct hit at the male-dominated Islamic fundamentalism in Iran.

The NCRI have a ten-point plan for Iranian democracy, which includes, freedom of speech, rights for ethnic and religious minorities, and gender equality.

Jam wrote: “This plan would not only end the threat of Iran’s nuclear program but would usher in a new era of cooperation and stability between the United States and Iran, as well as the entire region. It would address instability from Syria to Yemen and all throughout the region.”