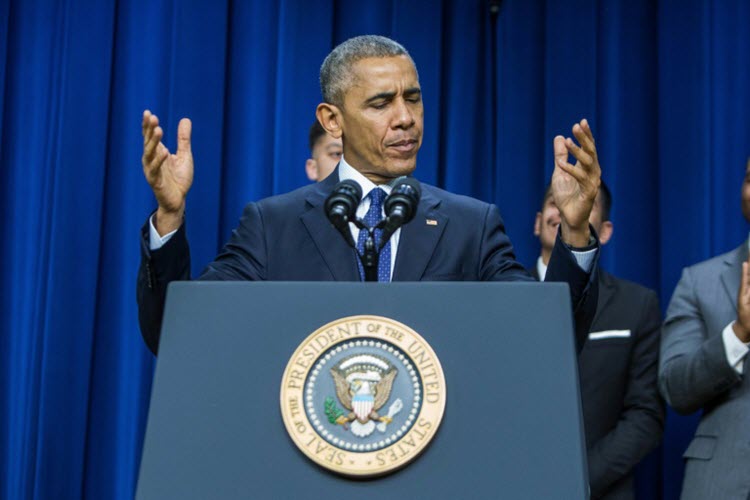 London, 16 Dec – President Obama has used a rare constitution manoeuvre to allow a sanction bill for Iran to be legalised without his signature. It is the first time in over 21 years that this has happened. The Iran Sanctions Extension Act is now legal and is the latest in the Iran nuclear deal saga in which the United States and other world powers decided to reduce sanctions in exchange for commitments from Iran about its quest to produce a nuclear weapon.

The manoeuvre works because of the so-called presentment clause in the Constitution. It allows the President 10 days to reject or sign a bill. If he does not sign in the 10-day period, if Congress has adjourned, it is a pocket veto. If on the other hand he does not sign it within the 10-day period but Congress is in session, then it becomes law just as if he has signed it.

Last Friday Congress retired for the rest of the year, but a “pro forma” session remains so that appointments can be recessed and vetoes blocked. On Wednesday, the 10 days expired and the bill went unsigned to the National Archives.

House Speaker Paul Ryan, R-Wis. Explained that the bill would give Trump “the opportunity to evaluate our policy towards Iran independent of additional interference from the outgoing administration”.

However, the White House has said the president can already do that under a different law – the International Emergency Economic Powers Act. Therefore there is no need for the new law, but it is harmless.

He added that it is very unusual for a president to not sign or veto a law. He said: “We find ourselves in a situation that I’m not sure that we’ve encountered in eight years, which is that the bill doesn’t meet the standard of something that we would veto, but it’s also not something that the administration believes is necessary.”

A political scientist at the State University of New York Cortland said that it is a way for a president to pass a law without having their name attached to it.

The last time this happened was in 2005 when President Bill Clinton did not sign an annual defence spending bill. He had said that he had hesitations about the law, but ultimately he felt he had to approve for “the pressing demands of peace and of our military service men and women”.

Reuters: The analysis of soil samples taken by U.N....