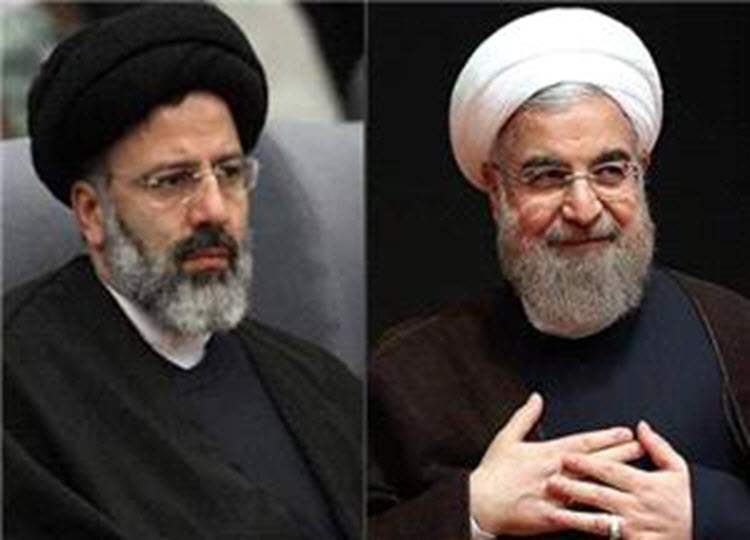 London, 16 May – This Friday, the Iranian Regime will hold its Presidential election but the outcome, much like the vote itself, will not mean much for the Iranian people.

These ‘elections’ could never be considered democratic because they are not free and fair. The Regime chooses the candidates, as opposed to the public who should, and opposition candidates are not allowed to run.

Benny Avni wrote on the New York Post: “Remember, in Iran, the public’s ability to decide the country’s leadership is limited: Though 1,636 people registered for this year’s presidential race, only six were OK’d by the top mullahs.”

He also reminds us that even if people voted in droves for a write-in candidate of their choosing, it wouldn’t matter to the Regime.

Avni wrote: “And just in case [the Regime’s] favourite doesn’t garner the most votes, they’re not beyond simply ignoring the actual results — which is what they did in 2009, prompting Iranians to pour into streets in protest during Iran’s unsuccessful Green Revolution. The fact is, in Iran the question isn’t who gets the most votes, but who’s counting them.”

Of course, in his piece Avni does make the mistake of buying into the moderate v hardliner myth that the Regime has been spreading far and wide. The idea is that the West must support the moderate, lest the hardliner get into power.

Yes, the Regime may switch up its leaders to compensate for the changing political landscape (i.e. Donald Trump), but there are simply no moderates in the Iranian Regime. It is just a ploy designed to trick us.

Avni recounts that incumbent President Hassan Rouhani is the sweet-talking moderate, whereas Ebrahim Raisi is a hardliner judge. However, both of the frontrunners have sent thousands of political prisoners to their deaths without losing a wink of sleep.

Avni does correctly note that the position of President is a mere stepping stone for these men, who wish to become Supreme Leader upon Ali Khamenei’s death. That is the real divide in the Regime- they are fighting over power, not politics.

Avni concludes his op-ed with an incredibly true prediction for the years ahead.

He wrote: “All this seems to guarantee the next few years will be filled with hostility and provocations directed toward America from Tehran. Indeed, even if Rouhani gets another presidential term, it’s already clear: The age of phoney smiles between America and Iran is now over.”