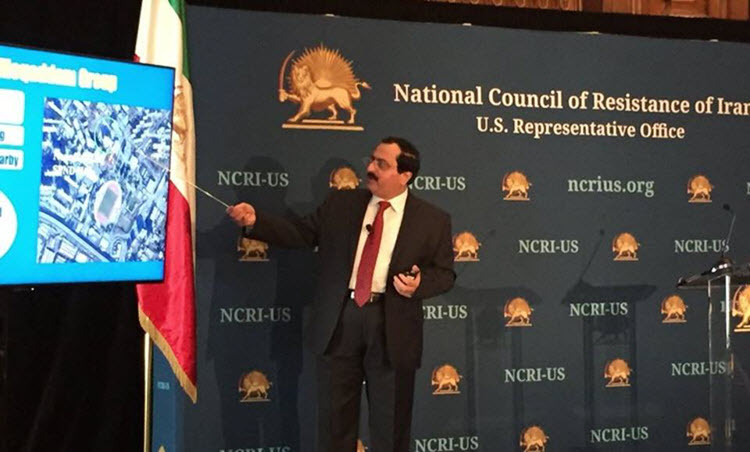 London, 23 May – Donald Trump has rightfully taken every opportunity to blast the Iranian Regime and its aggressive behaviour during his inaugural trip to Saudi Arabia and Israel, and Trump’s comments certainly appear to have unified the US allies in the region, who are constantly threatened by the Iranian mullahs.

There are many reasons who the Iranian Regime poses a threat to the Middle East and the world in general, but the main key three are interference in the affairs of other nation-states, support for terrorism, and its nuclear weapons programme.

The Iranian Regime is a key supporter of Syrian dictator Bashar Assad and has brought in troops, mercenaries, and even refugees from Lebanon, Iraq, Afghanistan and Pakistan to fight for Assad.

Suzanne DiMaggio, a senior fellow at the New America Foundation, a Washington think tank, noted that the Iranian-backed forces in Syria are in the tens of thousands.

Iran is also supporting the Houthis in their uprising against the internationally recognised government in Yemen.

Another problem posed by the Regime is their support for terrorists (like the Houthis).

Paul Salem, an analyst at the Middle East Institute in Washington, notes that although Iran has advanced weapons systems, they prefer to attack using terrorist proxies like Hamas and the Islamic Jihad in the Gaza Strip who have launched attacks on Israel.

Then, there is the nuclear weapons programme which was supposed to have been caused by the 2015 nuclear deal in exchange for sanctions relief, but recent reports indicate that the Regime just moved it to a secret location.

Trump, a heavy critic of the Iran nuclear deal between the US, the UK, France, Germany, China, Russia, and Iran, once again made his feelings on the deal clear.

On Monday in a joint appearance with Israeli Prime Minister Benjamin Netanyahu in Jerusalem, Trump said: “Iran should be very grateful to the United States. Iran negotiated a fantastic deal with the previous administration. No matter where we go we see the signs of Iran in the Middle East… Yemen, Iraq, no matter where we are we see the signs, whether it’s soldiers, whether it’s money and guns. Instead of saying thank you to the United States, they now feel emboldened.”

However, he has not yet torn up the deal, preferring to focus on Iran’s ballistic missile programme and its support for terrorism in Iraq, Syria and Yemen.

Trump’s comments came after Iranian President Hassan Rouhani was ‘elected’ to a second term on Friday, against candidates that were pre-approved by Iran’s supreme leader. Reports state that voter turnout was 70%, but we only have the Regime’s word for that.

Straw urges Iran not to renege on nuclear talks