Lord Maginnis: US Can Challenge Iran and ISIL 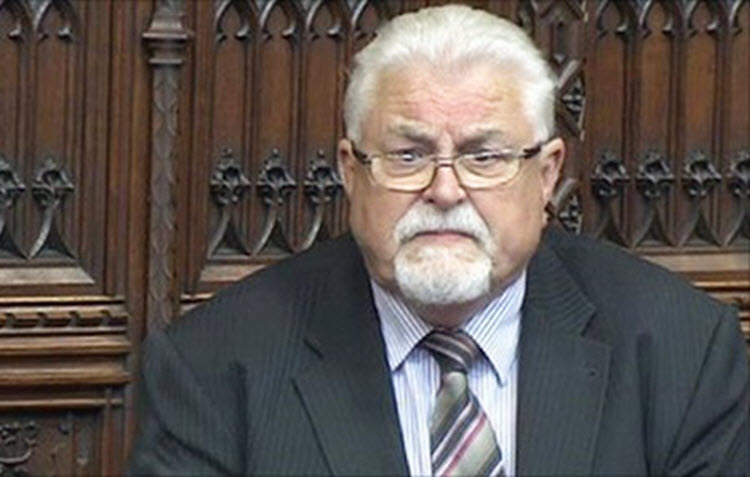 London, 24 May – The new President of the United States, Donald Trump, began his first overseas trip with a visit to Saudi Arabia. He next moved on to Israel, where he worked on partnerships that once seemed improbable. Both countries are allied with America, but the two have a tradition of being regional adversaries. However, both are concerned about Iran’s involvement in the conflicts in Syria and Yemen.

The Trump administration shares these concerns, and Iran was a major topic during his visit to Saudi Arabia and Israel.

Besides Iran, ISIL remains a threat to regional stability, and Iran may move into new areas of Syria and Iraq to fill the power vacuum left behind by the militant group.

With supposed ‘moderate’ Hassan Rouhani taking office in 2013, things were expected to change in Iran. During his four years in office, the Iranian people have seen little difference in the conditions they face. Tehran continues to jail people on political or religious charges such as “insulting the Supreme Leader” and “enmity against God”. It continues to execute non-violent offenders at a rate higher than other countries. Some 3,000 people have been executed under Rouhani’s watch. Additionally, there has been significant repression of political dissent and “pro-western” or “anti-Islamic” social trends. In recent years, the arrests of western nationals holding dual Iranian citizenship, has been widely publicized by the media.

After the 2015 Iran nuclear deal, which some believed would pacify Tehran, the Islamic Revolutionary Guard Corps (IRGC) tested several ballistic missiles in defiance of UN Security Council resolutions, and provoked a number of confrontations with US Navy vessels.

Rouhani may not be strictly to blame, as the office of the president has limited power under the absolute rule by the Supreme Leader. Still, he has avoided defiance of the regime.

Trump’s trip to the Middle East coincided with Rouhani’s second term election. Prior to the election, there was a great deal of activism directed against the regime and establishment. Risking their lives, the country’s leading opposition movement, the People’s Mojahedin Organisation of Iran (PMOI), organized a mass boycott of the electoral process, compelling Supreme Leader Ali Khamenei to enter the scene and urge people to vote in order to defend the “legitimacy” of the regime. Nevertheless, there was low voter turnout.

Trump’s visit to the region to initiate talks with Tehran’s adversaries is a signal that the outcome of the election does not impact American, Saudi, or Israeli views regarding the Islamic Republic of Iran. Lord Maginnis writes in an article for Politics Home, “The message of the Iranian people and its organized resistance the PMOI has been clear: When the nature of the regime is corrupt and an obstacle to peace in the region, who heads this show will not be a decisive factor. The gesture presented in Trump’s visit, strengthens hope that the Trump Administration will avoid the mistakes made by its predecessors, who carelessly embraced Rouhani’s presidency without recognizing the will of the Iranian people.”

The success of the PMOI-organised boycott displays the Iranian people’s resentment toward the clerical regime, and that they are prepared to bring about regime change in Tehran. According to Lord Maginnis, the US can successfully confront both leading sources of Islamic extremism at once: the Islamic State and the Islamic Republic of Iran, by listening to the Iranian people’s deep desire for regime change.