Iranian Resistance Leader Welcomes the Positions of the Saudi Summit 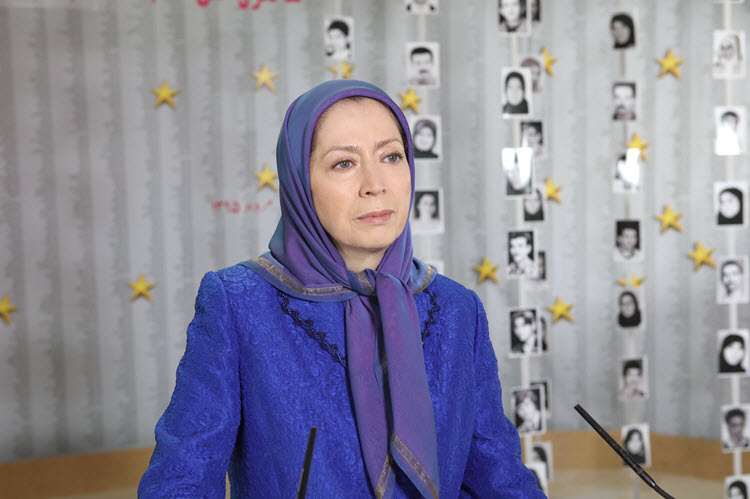 Maryam Rajavi, the President-elect of the National Council of Resistance of Iran (NCRI) noted that the Iranian Regime has done nothing but undermine peace in the Middle East and further afield, since its formation in 1979.

She particularly lauded the Summit’s statement that the Iranian Regime needed to be confronted for its role in the export of terrorism and fundamentalism, its ballistic missile programme, it’s meddling in the affairs of other nation-states, and its destructive influence within the Middle East and the world in general.

Rajavi described this stance as “indispensable” in the fight to end terrorism, war, and bloodshed in the region, whilst restoring peace and tranquillity.

She said that the Iranian Regime must be pursued through practical means, including the international community severing ties to the Regime, expelling them from international organisations and designating the Islamic Revolutionary Guards Corps (IRGC) and any other Regime-affiliated military, paramilitary and security forces as terrorist organisations.

She cited King Salman bin Abdulaziz Al Saud of Saudi Arabia, who had noted in his speech that the Iranian Regime has been responsible for the largest terrorist campaign in the world since 1979.

Rajavi said: “The ultimate solution to the crisis engulfing the whole region is the overthrow of the velayat-e faqih regime by the Iranian people and Resistance. Replacing the mullahs’ rule with freedom and popular sovereignty is the desire of all the people of Iran, who have sacrificed 120,000 of their children to achieve it. Recognising this demand is the prerequisite to peace and tranquillity in the Middle East region and to international security.”

She noted that the Regime must be pursued not only for their terrorism but also for their abhorrent human rights violations, for which they should be brought before the UN Security Council and International Criminal Court.

This includes, but is not limited to, the 1988 massacre in which 30,000 political prisoners (mainly members of the People’s Mojahedin Organization of Iran (PMOI/ MEK) lost their lives.

She applauded Donald Trump for his speech in which he correctly identified the Iranian people as the biggest victims of the Regime, and praised the comments of King Salman who expressed his “respect and appreciation” for the Iranian people.

It was revealed earlier this year by the Iranian Resistance that the Regime had restarted their nuclear weapons programme and set up a terrorist training camp.

What Trump Should Do to Counter Iran