Iran Refuses to Give up Ballistic Missiles Programme 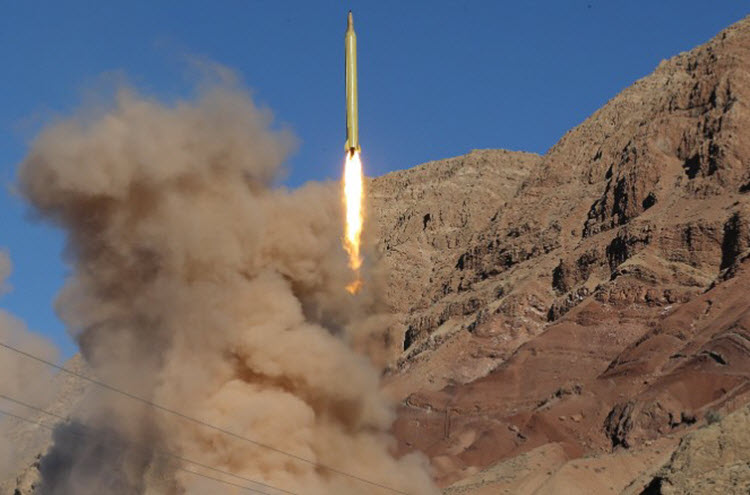 London, 25 May – The Iranian Regime has revealed that they consider their ballistic missiles programme to be non-negotiable and indicated that they will not give up the programme for anything.

Mohammad Bagher Nobakht, a spokesman for the Regime, told reporters on Tuesday: “The Iranian nation has decided to be powerful. Our missiles are for peace and for defence … American officials should know that whenever we need to technically test a missile, we will do so and will not wait for their permission.”

These comments followed moves by the recently re-elected President Hassan Rouhani, a so-called moderate, which rolled back on anti-ballistic-missile-program sentiments.

Nobakht said that the Iranian Regime was fully committed to advancing its ballistic missile program, which is funded under the 2017 budget.

He said: “Stronger defence power will further protect the internal and regional security, therefore, it is natural that the country’s defensive missile program is among the Islamic Republic’s unchangeable policies and fortunately, strengthening the defence power has been clearly foreseen in the sixth development program and this year’s budget.”

Meanwhile, the Second Deputy of the Parliament, Ali Motahari, has urged Rouhani to quickly assemble a new administration, which would include popular figures like Tehran’s Mayor, Mohammad Bagher Ghalibaf.

This is concerning for the West and their Middle Eastern allies because it is believed that the ballistic missile programme could be used to launch a nuclear-armed weapon, according to the US intelligence community.

Although the Iranian Regime claims that its missile programme would only be used in defence, we have seen several ballistic missiles tests from the Regime so far in 2017, and thanks to the Iranian Resistance, we know that the Regime is still working on its nuclear programme in violation of the 2015 nuclear pact between Iran and six world powers in including the US and the UK.

It is believed that these comments are concessions to the terror squad, the Iranian Revolutionary Guards Corps (IRGC), who were (very lightly) criticised by Rouhani during his re-election campaign.

According to Track Persia, Rouhani’s strained relationship with the IRGC over the missile programme and the role of the Guard in the country, particularly in the economic sector, represents a growing divide between the government and the military.

In 2015, Rouhani even accused the IRGC of reviewing ballistic missiles just prior to the nuclear deal, in an attempt to derail it.

Rouhani, however, has no power on the IRGC; they are under the direct control of the Supreme Leader Ali Khamenei.

US Senate pushes for new Iran sanctions if talks fail

A leading U.S. senator, despite resistance, is still pushing...

Reuters: Bahrain and the United Arab Emirates have confiscated...