Trump Could Nuclear Bomb Iran in Next Two Years 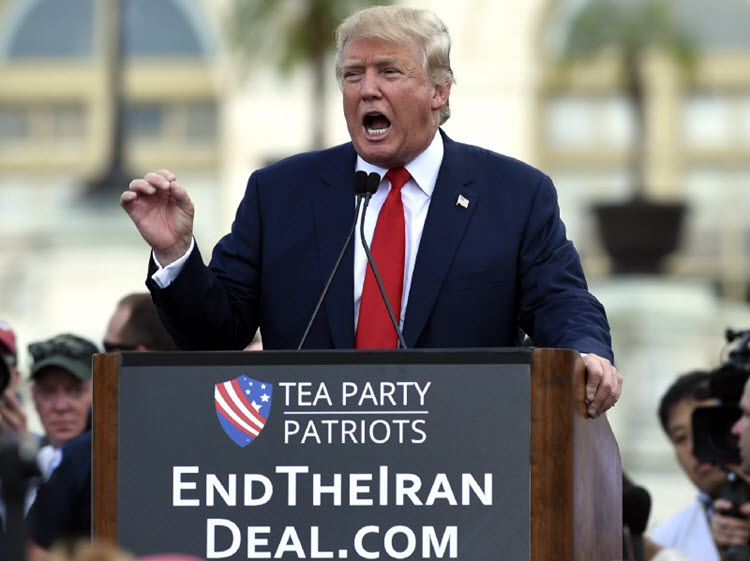 London, 14 Jun – Donald Trump could very well drop a bomb on Iran by 2019 and no one in the Middle East would so much as bat an eyelid, according to a former UN diplomat.

Andrew MacLeod, who is currently a Visiting Professor at Kings College London, wrote an op-ed for the Independent in which he stated that Trump could drop a bomb on Iran without inciting any backlash from many in the Middle East.

He believes that from Trump’s past statements and actions, he is not opposed to using a small, tactical weapon to wipe out Iran’s still-active underground nuclear site.

After all, Trump has already said that he is in favour of using nuclear weapons and dropped bombs on Syria and Afghanistan.

MacLeod wrote: “The US’s largest conventional weapon, the so-called “Mother of All Bombs”, recently failed to destroy cave complexes in Afghanistan. Could Trump be telling himself that a nuclear bomb is the only option left to his administration?”

MacLeod posits that there are only two countries that could make Trump use the nuclear option: North Korea and Iran. However, North Korea has powerful ‘friends’ who could make life difficult for Trump and the US.

He wrote: “Bombing North Korea has the risk of really upsetting the hermit kingdom’s neighbours. Both China and South Korea, for differing reasons, would react very negatively should there be an attack on Kim number three’s playground.

Besides, Trump has clearly signalled that North Korea is China’s problem.”

MacLeod continued: “Iran, on the other hand, is bereft of neighbouring friends.”

The Regime has sought to destabilise its neighbours through terror proxies and supporting rulers who undermine the human rights of those in the Middle East.

Iran is also having an economic war with the Saudis over oil prices; Iran wants to demand more per barrel, while Saudi Arabia will only agree if the Iranians will limit production.

So would Trump drop the bomb?

MacLeod wrote: “That depends. Does he need “Jim-Bob” in southern Arkansas to vote for the Republicans in the 2018 mid-terms, or vote for Trump in the 2020 Primaries? I think Iran has a little over two years.”

He concluded: “Iran is boxed in economically, militarily and politically. It has no friends left. Trump could drop a small nuke there and very few neighbours would bat an eyelid. Many would quietly applaud. The nation has no allies. To prevent an attack it will likely need to either transparently drop its own nuclear programme or persuade Putin to step in on its behalf. Iran has reasons to be very worried indeed.”