Is Qatar a Proxy War for US Over Iran Nuclear Deal? 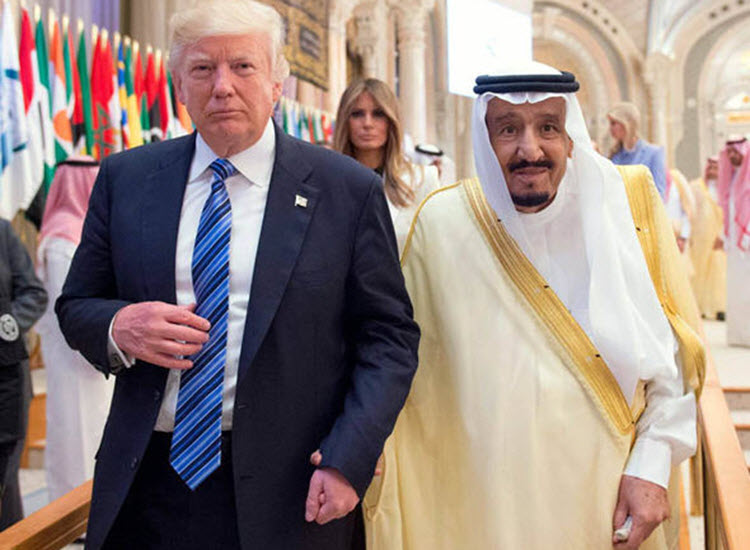 London, 14 Jun – Donald Trump has backed several Gulf nation who cut ties with Qatar over its links to the Iranian Regime and terrorist groups but a foreign policy expert argues that this may be a proxy war over the US-Iran Deal.

Earlier this month, Saudi Arabia, Egypt, Bahrain and the United Arab Emirates have all cut diplomatic and economic ties with the kingdom of Qatar over its support for Iran and Iranian-backed terror groups, like Hamas, Hezbollah, and the Muslim Brotherhood.

This provides an ultimatum to Qatar: make better choices or remain isolated.

Megan G. Oprea wrote an op-ed for The Federalist, in which she said that this was a return to form for the US, moving away from Barack Obama’s policy of negotiation with the Iranian mullahs.

Oprea wrote: “Trump’s backing of the Gulf states is emblematic of his attempt to pivot the United States away from Iran and back toward Saudi Arabia, while the diplomatic crisis itself reveals a fundamental tension between two competing visions for the Middle East among the U.S. foreign policy apparatus.”

Although a noble effort in order to prevent the Iranians from developing nuclear weapons, it has not proved the success that Obama hoped for. Firstly, the Iranian Regime is still working on nuclear weapons in secret and secondly, now that they have achieved the deal, their behaviour towards other nation states and their own people has gone massively downhill from the negotiation stage when they were trying to trick the world into believing that they were moderates.

Oprea wrote: “Obama sought an off-ramp for U.S. involvement in the endless string of crises in the Middle East. He thought that by luring Iran out of its isolation with a nuclear deal that relieved economic sanctions, and by downplaying—or denying—the country’s destabilising force in the region, he could finally relieve America of its Middle East burden. An engaged Iran, according to this view, would create stability and peace.”

Oprea accepts that there is no easy way to peace in the Middle East but there are starting points. She does not pretend that the Saudis or any other leaders in the middle east are “ideal partners”, acknowledging that each of them have faults relating to human rights and terrorism, but that doesn’t mean that we: should abandon the idea of peace altogether.

She wrote: “Our goal instead should be to find a partner that has the most interests in common and work from there. Iran, as a revolutionary regime, is nowhere near that point. Saudi Arabia is a lot closer—and no, their opposition to the Iran deal does not constitute a fundamental difference in regional interests, as there is still considerable disagreement as to the efficacy and durability of that deal.”

She wrote that in order to achieve his goals of pivoting the US back to an alliance with Saudi Arabia, Trump would have to be very careful.