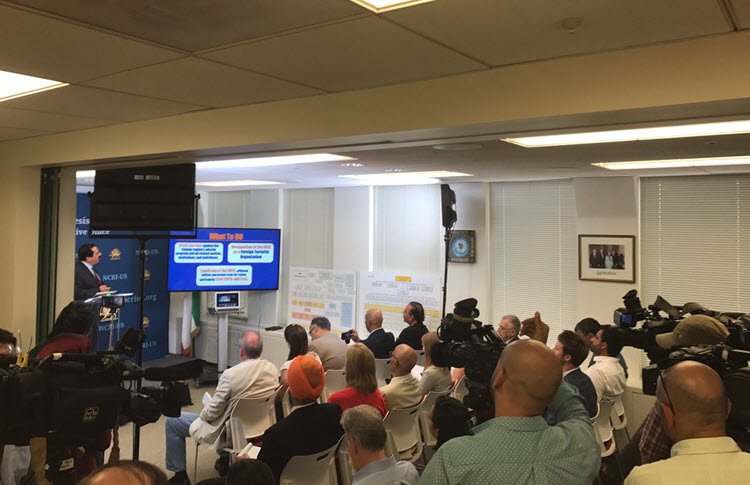 London, 21 Jun – The leading Iranian opposition group have revealed that since the 2015 nuclear deal, which limited the amount of work that could be completed on nuclear weapons, Iran has been working on ballistic missiles instead.

The National Council of Resistance of Iran (NCRI) held a press conference on Tuesday in Washington, in which they revealed that Iran has been courting scientists from North Korea who have taught them how to improve their nuclear weapons.

The North Korean scientists reportedly taught the Iranians how to dig tunnels and build “missile cities” deep inside mountains to withstand airstrikes.

The white paper released by the NCRI said: “On the basis of specific intelligence, the [Iranian Revolutionary Guard Corps’ (IRGC)] missile sites have been created based on North Korean models and blueprints. North Korean experts have helped the Iranian regime to build them. Underground facilities and tunnels to produce, store, and maintain missiles have also been modelled after North Korean sites and were created with the collaboration of the North Korean experts.”

Alireza Jafarzadeh, deputy director of the US branch of the NCRI, showed satellite photos which showed North Korean mountain “cities” which hold hundreds of missiles.

There are now at least 42 ballistic missile centres across Iran being operated by the IRGC, around a dozen of which were unknown until now.

The Regime has even reorganised its IRGC Aerospace Force so that it can focus solely on missile production and testing rather than aircraft.

Jafarzadeh said. “It’s not by accident, its part of their overall strategy.”

This way the Regime can intimidate its regional rivals in Saudi Arabia, but more importantly, the missiles can act as a delivery system for nuclear weapons when the nuclear deal expires in less than ten years.

Although the nuclear weapons deal made no provisions against Iran’s use of ballistic missiles, aside from an unenforceable UN resolution, there is good news.

The deal does not prevent the adding of new sanctions for anything that isn’t related to nuclear weapons and last week, the Senate voted 98-2 last Thursday to increase sanctions against Iran because of their repeated ballistic missile strikes, support for terrorism, and human rights abuses.

Why Iran Apologists Demonize the MEK?