Tensions Escalate Between US and Iran in Syria 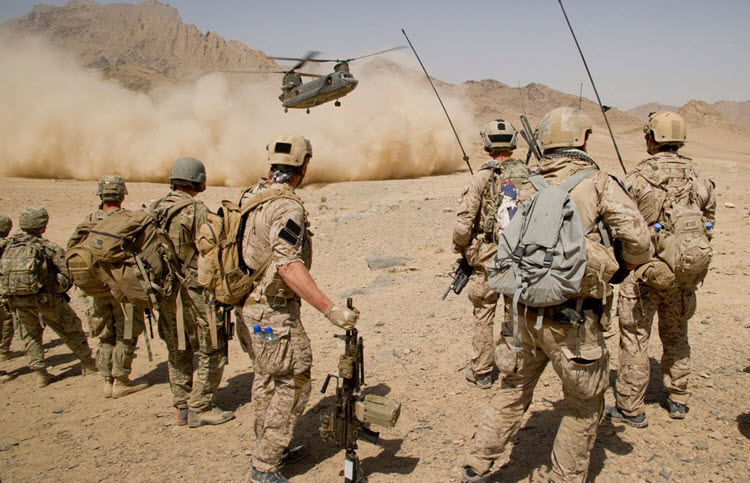 London, 21 Jun – The fight between the US and Iranian proxies in Syria is escalation as both sides fight for control of former ISIS territory.

Ever since Donald Trump took office, there has been a growing antagonism between the US and Iran; from ballistic missile tests, to sanctions, to a very public war of words, but perhaps nowhere is it more obvious that their fight is escalating than in Syria.

Mohamad Bazzi, the former Middle East bureau chief at Newsday, wrote in The Atlantic: “While Trump has changed his mind on a number of foreign-policy questions since taking office, he has been consistent in his belief that Iran, the world’s main state sponsor of terrorism, poses the greatest threat to U.S. interests in the Middle East.”

Last Sunday, a US warplanes shot down a Syrian jet that had bombed American-backed fighters in northern Syria; the first time that has happened since the start of the civil war in 2011. Then, on Tuesday, the Pentagon announced that the US had shot down an Iranian drone in south-east Syria, where US troops were training anti-ISIS fighters.

Of course, one should not view these strikes by the US in isolation. Iranian-backed forces have repeatedly breached de-confliction zones in order to intimidate the US.

Then, over the weekend, Iran launched a ballistic missile towards the Deir Ezzor province in Syria, where US-backed troops are fighting ISIS. The Regime’s Revolutionary Guards argued that the missiles were revenge on ISIS for a terror attack earlier this month, but failed to notify the US to evacuate.

While the missiles never reached the province, because they are simply not powerful enough, it still shows the danger that Iran poses to the US.

Iran may even be using the terror attack as a smokescreen for its attack because it is well known that Iran wants to take control of the province. It sees Deir Ezzor as an essential border crossing between Iraq and Syria that could help the Regime smuggle drugs, weapons, and people across the Middle East.

Even when the US does not want to fight with the Iranian Regime or the Syrian Government forces which Iran backs, they always risk accidental escalation, especially as both sides fight to take territory from ISIS.

Bazzi wrote: “By flexing their military reach in Syria with Sunday’s missile launch, Iran’s Revolutionary Guards…risk inflaming more tension with the Trump administration—tension that could boil over in the coming war for dominance of southern Syria. One danger, among many, is that Assad and Tehran, which both have a history of testing their adversaries’ boundaries, could overreach and provoke a confrontation that spirals out of control.”

AP: The International Transport Workers' Federation has appealed for...

AFP: A conference on fixing the nuclear Non-Proliferation Treaty...