Iran Warns of Further Missile Strikes but Should Anyone Really Be Scared? 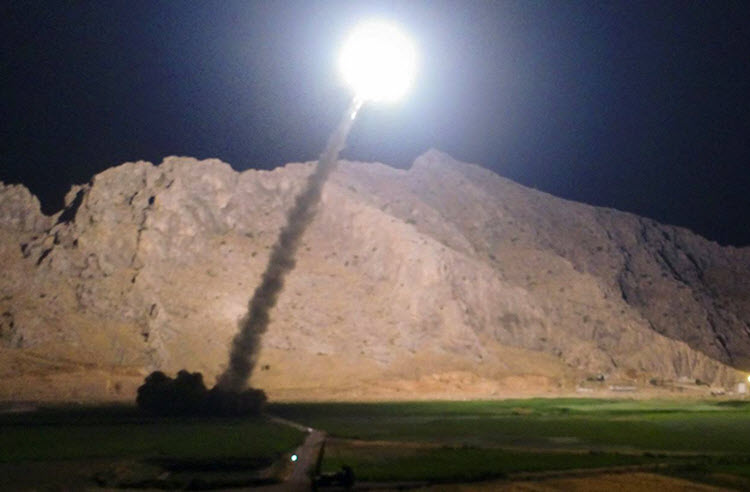 London, 22 Jun – The Iranian Regime has threatened more ballistic missile strikes in Syria if they feel that their security is violated, but should anyone really be worried?

Last weekend, the Regime fired six ballistic missiles towards the Deir ez-Zor province in Syria. Reportedly, they were aiming for ISIS troops in retaliation for the terror attacks in Tehran at the beginning of the month, but the Iranians failed to notify the US-backed troops who are fighting ISIS in the area. It is possible that the Iranians did not warn the US because they accused the US of working with ISIS to plot the terror attack.

The Iranian Regime sees this area, not only as a battleground in the fight against ISIS but as a key land border between Iraq and Syria that the Regime can use to smuggle weapons, money, and people to between Iran and terror cells like Hezbollah. This is another of the reasons why they may not have warned US troops in the region.

In the end, it didn’t matter. The Regime claimed to have killed 360 ISIS militants but this is debatable, because there have been no reports of a missile strike on the ground, with some reports claiming that the strikes failed and the Regime’s Revolutionary Guards falsified the numbers to save face.

Iranian Revolutionary Guard Corps (IRGC) General Ramazon Sharif said: “If they carry out a specific action to violate our security, definitely there will be more launches, with intensified strength.”

However, if the first set of missiles failed, why should anyone be worried about a second set?

Tyler Rogoway wrote on The Drive: “Regardless of if the missiles destroyed anything of substance or not, as a strategic act, the missile barrage worked on multiple levels. This includes supplying a domestically consumable revenge action for the terror attacks on Iran’s parliament earlier in the month, and to stoke fear in Iran’s Sunni-Arab Gulf state foes, not to mention its archenemies, Israel and the US.”

So the idea is to promote fear, but again, what do the US and their allies have to fear? The Iranian Regime is currently having sanctions levied against them for the use of ballistic missiles and their missiles are not actually able to strike their targets.

Granted there are other threats from the Iranian Regime, such as the reports that IRGC Commandos have infiltrated offshore oilfields belonging to the Saudis or the threat that Iran poses to vessels passing through the Strait of Hormuz, but it is unlikely that the US and their allies need to fear a ballistic missile strike.

AFP: The United States Monday pressed for a prompt...