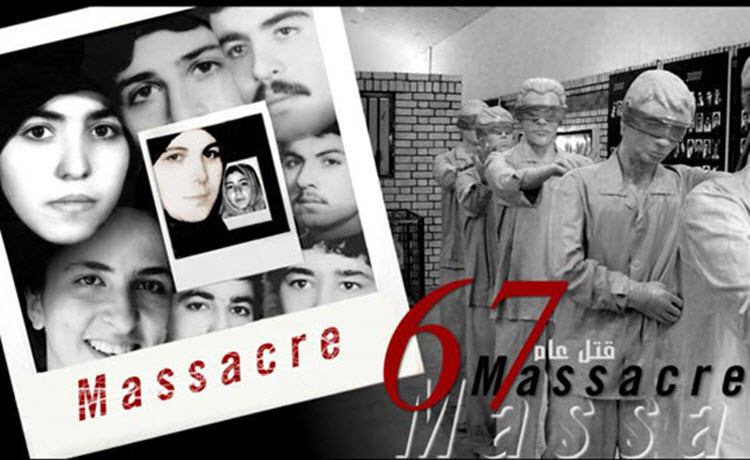 London, 22 Jun – The mother of a young woman executed by the Iranian Regime for defending herself against a rapist has published an open letter, calling for justice for other murdered prisoners of the Regime.

Sholeh Pakrava, the mother of Rayhaneh Jabbari, published her letter on June 20, the day of remembrance for the 30,000 political prisoners who were massacred by the Regime in 1988.

She called for those responsible for this crime against humanity to be brought to justice because if they had been tried at the time, the Regime would not have been in power to execute her daughter and so many others.

She wrote: “I, as someone who lost her loved one through execution, will not remain silent and continue to seek justice until those who killed my innocent child are put to a fair trial. On the way ahead, I’ll stand by thousands of other justice seekers to shout justice, the abolition of death penalty, prohibition of torture, and release of prisoners of conscience. Long live freedom, long live life. No more execution, in any form and for any excuse.”

Pakrava lived through the brutality of the 1980s Regime that had recently seized power and was unwilling to release it, so much so that they opened fire on peaceful protesters, arrested political opponents and executed en-masse supporters of the opposition.

However, she writes that at the time the words “arrest” and “execution” were too big for her to fully understand. She came to understand though, once her daughter had been imprisoned and murdered by the Regime.

She wrote: “When I say I’m ashamed of my unawareness, I mean if I, we, voiced solidarity with those victims back then, maybe we could’ve prevented such inhumane laws from being legislated.”

She praised those who are fighting hard to spread information and combat Regime lies, especially when any criticism of the Regime could land you a death sentence. But this does not scare her as much as it would to sit back and let the Regime do as they wish.

She wrote: “Until prisoners of conscience and the death penalty are still in place, we will keep commemorating victims of injustice year after year, without making any change in the fate of today’s children and tomorrow’s prisoners, today’s teens and tomorrow’s food for execution machine.”

She wrote: “Several decades have passed while we’ve witnessed how people’s bodies and souls were subject to more chains, so much so that today we see amputations, flogging, and executions carried out in public, labour activists tortured, and hundreds of more instances of hostility with humanity…. When the same laws, injustice, and repression methods have been going on over the past four decades, it’s on us to look for other ways to realise lost rights and establish justice. So we’re no longer ashamed of future generations, executed youth, and fallen loved ones of our recent history.”

Iran’s Government Has Failed Today and Is Losing Tomorrow

After months of a break and expectation for the...

By Pooya Stone The Iranian regime, weakened by international...