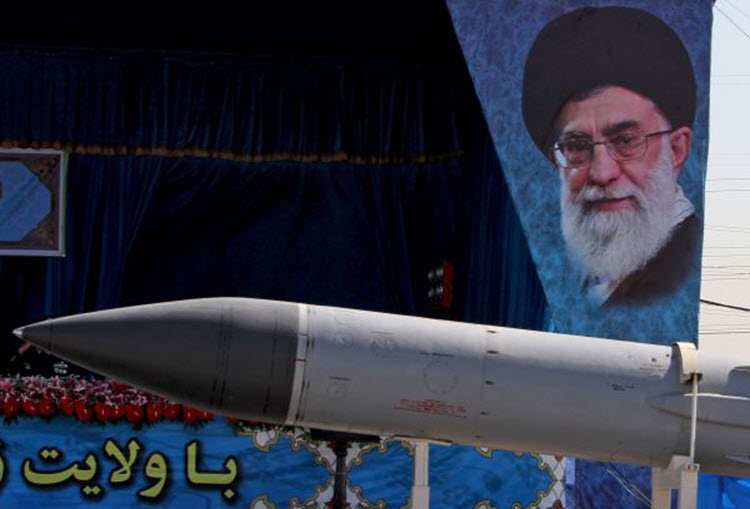 They claim to have been targeting ISIS-held regions in retaliation for the recent terror attacks on Tehran but this could just be an elaborate rouse to cover up their true motive, taking control of the Deir ez-Zor province in Syria, in order to easily transport arms, money, and people between Iran and various terror groups across the Middle East.

While these strikes ultimately failed, never reaching the intended target despite IRGC claims that 360 ISIS militants died, we may need to worry about the future of Iranian ballistic missile production.

The Iranian opposition group, the National Council of Resistance of Iran (NCRI) held a press conference on Tuesday in Washington, where they warned that the Regime’s Ballistic Missile programme is bigger than anybody thought.

During the press conference, the NCRI identified 42 IRGC missile centres across Iran, some of which had been kept in absolute secrecy until now.

While the nuclear deal didn’t impose many restrictions on Iran’s ballistic missiles programme, a non-binding UN resolution called on them not to create such weapons.

The Regime ignored this resolution time and time again, so the US Senate voted 98-2 last week to impose further sanctions on Iran for its ballistic weapons programme, support for terrorism and human rights abuses, which does not invalidate the nuclear deal.

Professor Raymond Tanter, who served as a senior member of the Middle East Desk of the National Security Council staff in the Reagan-Bush administration, wrote an op-ed for NewsMax on the best way for the US to move forward after this revelation from the Iranian Resistance and the increased sanctions on Iran.

He wrote that the National Security Council review of Iran’s compliance with the nuclear deal should be modified to include a review of their ballistic missile programme as well and that the review should cite the NCRI as a source who have consistently provided valid information about the underhanded tactics of the Regime, from exposing their secret nuclear programme in 2002, to revelations about Iran’s terrorist training camps earlier this year.

He also advised that is Donald Trump was to support the Iran Freedom Rally, which is scheduled for July 1, in Paris, it would not be a compromise to his “America First” platform. The Iranian Resistance forces (PMOI/MEK) enjoy bipartisan support in Congress ad have done since the 1980s and many Senators and other elected officials will be attending the Rally in person.

Reuters: China said on Thursday that the disagreement over...