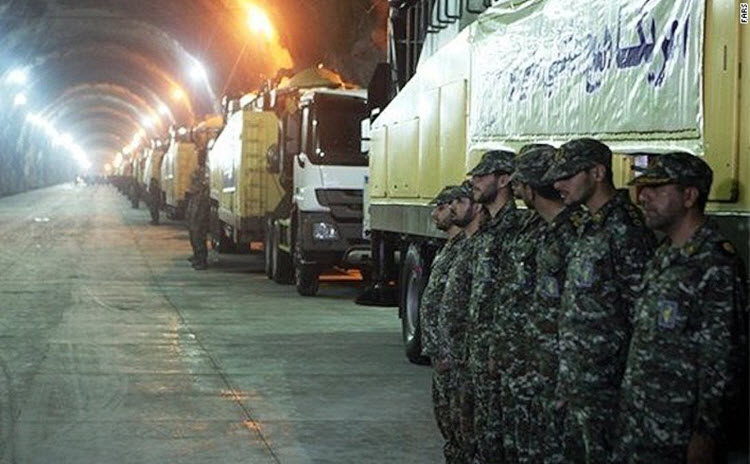 London, 14 Jul – The Iranian Regime is reportedly building new long-range ballistic missiles at a Syrian weapons factory, with the help of the Russians and the North Koreans.

Zamanalwsl, a news site associated with the Syrian Resistance forces, who are fighting against the dictatorship of Bashar Assad, published multiple reports about the factory including pictures, claiming that it is now under the direct control of the Iranian Regime.

Political journalist Adam Kredo, wrote on the Washington Free Beacon: “The facility is said to be shrouded in secrecy, despite evidence that agents from Russia, North Korea, and Iran are freely moving around the site.”

This factory, operating under the Syrian Scientific Studies and Research Center (SSSRC), was identified by the United States as one capable of developing non-conventional weaponry.

The US believes that the SSSRC is behind the Syrian Government’s chemical weapons attacks that killed over 80 people, mainly civilians, in April.

This confirms earlier news reports, which indicated that the Iranian Regime had begun manufacturing advanced missile technology in Syria, with permission for Assad. Assad’s dictatorship is currently being propped up by the Iranian Regime and the Russians, and he must keep them on his side if he wishes to maintain his shaky grasp on power.

According to the Middle East Media Research Institute, or MEMRI. Who translated the articles into English, Assad recently visited the factory where he met with Iranian and Syrian weapons experts.

The Iranian Regime is, according to the reports, constructing long-range ballistic missiles which could pose a threat to the Middle East.

The report reads: “The facility is producing long-range missiles as well as M600 ballistic missiles, which is a Syrian version of the Iranian Fateh 110 missile. This facility has a branch in western Hama province for producing chemicals, and that that there is a Russian military base in the region, where North Korean officers once served.”

Syria is not the only Middle Eastern country that the Iranian Regime is using to build its missiles.

According to Clifford D. May on Colorado Politics, the Iranian Regime has two underground weapons making facilities, which hold around 150,000 missiles, in Lebanon where Iran supports the terror cell Hezbollah. The longer-range Fateh 110 missiles are capable of hitting anywhere in Israel.

May wrote: “Hezbollah’s leaders have installed their missiles in (and under) homes, schools, hospitals and mosques. Their use of “human shields” ensures a high civilian death toll and, incidentally, blatantly violates international law.

But they are confident that many journalists, U.N. officials and “human rights” groups will reflexively blame Israel, not them and certainly not Iran for the carnage.”

Young man flogged 74 times in public in Iran for drinking

Calls for Iranian President Raisi To Be Shunned by the UN