Iran Regime Vows It Will Not Stop Rebel Behavior 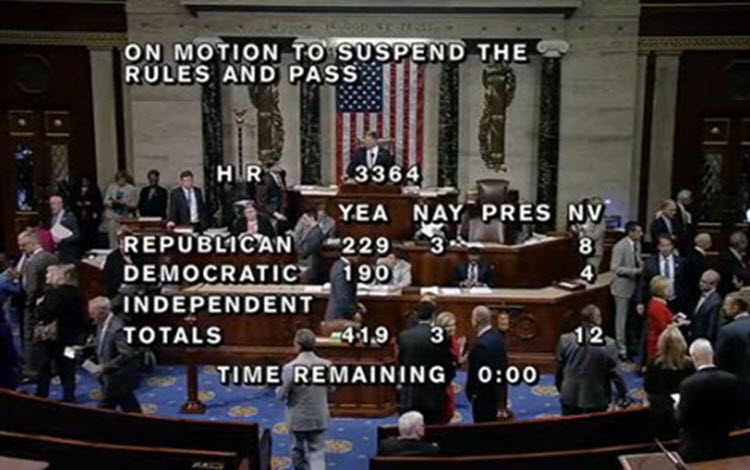 London, 29 Jul – On Wednesday, according to news reports, House and Senate negotiators reached agreement to get sanctions legislation against Iran, Russia and North Korea through the Senate without further amendments. This avoids the need for another House vote.

Senator Bob Corker (R-Tenn.), chair of the Senate Foreign Relations Committee said, “Following very productive discussions with [House Majority Leader Kevin McCarthy], I am glad to announce that we have reached an agreement that will allow us to send sanctions legislation to the president’s desk,” said “The Senate will move to approve the Iran and Russia sanctions it originally passed six weeks ago, as well as the North Korea sanctions developed by the House.”

Both Democrats and Republicans we’re united on confronting the three nations. They agreed that further action is needed against North Korea, as that nation has escalated launches of ballistic missiles with ranges that reach the continental U.S.

The sanctions legislation is moving quickly through Congress, a demonstration of the change over the last two years, after the Iran nuclear deal went into effect.

With their provocative actions in Iraq, Syria, Yemen, Pakistan, Bahrain and Kuwait the Iranian regime has shown the world how it intends to continue to act. It also displays that the nuclear deal has not empowered the moderate elements in Iran.

In an editorial by Jamal Abdi of NIAC Action in The Hill, he argues that in their rush to punish Russia, Democrats are allowing President Trump to dismantle the Iran nuclear deal. “While Democrats may score a victory on Russia, they may be setting the stage for turning Trump into a wartime president. And if that happens, few will remember the Democrats as the party that sanctioned Russia. Instead they will remember when Democrats acquiesced to, and even encouraged, Trump’s push towards war with Iran,” Abdi wrote.

But after Iran’s multiple missile launches, Iranian navy ships speeding at American warships, and the destruction in Syria, there is little hope for reform of the Iranian regime’s behavior.

Recently, Iran imprisoned a Chinese-American researcher from Princeton University. As well, it’s now the 10-year anniversary of Iran’s arrest of former FBI agent Robert Levinson. These events, as well as the death of North Korean-hostage Otto Warmbier, only reinforce the urgency of getting American captives out of Iran, which has become a focal point for President Trump as he demanded the release of several other Americans being held in Iran.

Reza Marashi of the National Iranian American Council, proposed another hostage swap, echoing demands from Iran’s leadership for the U.S. to release Iranians convicted of smuggling nuclear technology to Iran.

Still, President Trump’s ultimate leverage may be the nuclear deal. The Iranian regime continues to be in “compliance”. In a recent interview with the Wall Street Journal the president said that he may ultimately find the Iranian regime “noncompliant” with the deal, which could be a turning point for his administration.

The regime’s leadership responded as Hassan Rouhani vowed a “reciprocal” response should U.S. sanctions pass. Rouhani said his country would “take any action that is necessary for the country’s expedience and interests” should the sanctions go into effect, according to The Associated Press. “If the enemy breaches parts of the deal, we will breach parts of it. If they breach the entire deal, we will breach it in its entirety,” the Iranian president said.

Iran to postpone nuclear work until next week