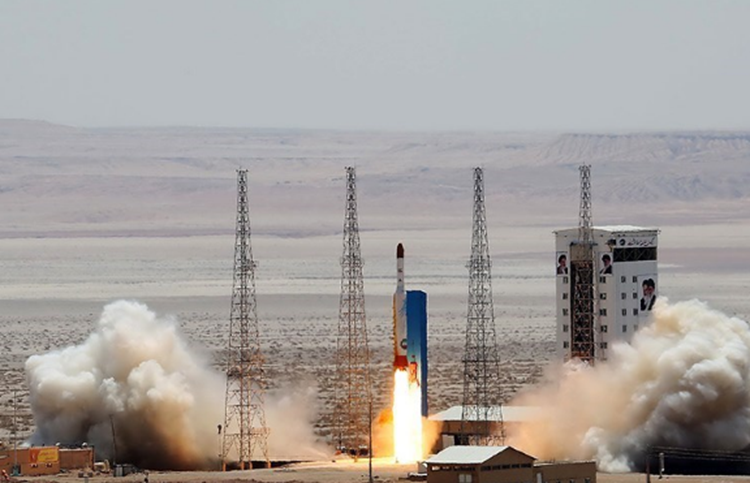 London, 1 Aug – The Iranian Regime is now subject to new sanctions following the recent launch of a satellite into space; as many speculate that this was not part of a peaceful space programme but in fact a test for their long-range ballistic missile programme.

Michael Tomlinson, wrote on Iran Lobby, that this was similar to the way in which North Korea developed its programme, which now poses a threat to the US.

This, he argues, shouldn’t be surprising considering how the linked the two regimes are, but he warns that Iran may use their illicit financial resources to outpace the North Korean’s progress.

He wrote: “It also explains why the mullahs were so intent on ensuring that the nuclear deal had no explicit restrictions on their missile program; an omission by the Obama administration in the false hope of fanning the flames of moderation.”

So, what should be done now?

Well, the current US administration is already proving tougher on Iran by introducing new sanctions on the murderous Regime at every turn but they could still be tougher, by admitting that Iran is not compliant with the 2015 nuclear deal.

The US, along with France, Germany and Britain, issued a statement on Friday which said that Iran’s launch violated the UN Security Council resolution calling on Iran not to conduct such tests.

The sanctions allow the government to seize any US property associated with that group and to prevent US citizens from doing business with them.

Treasury Secretary Steve Mnuchin said: “These sanctions … underscore the United States’ deep concerns with Iran’s continued development and testing of ballistic missiles and other provocative behaviour. The U.S. government will continue to aggressively counter Iran’s ballistic missile-related activity, whether it be a provocative space launch … or likely support to Yemeni Houthi missile attacks on Saudi Arabia such as occurred this past weekend.”

While Iran apologists, like Trita Parsi of the National Iranian American Council, have tried to claim these sanctions are in violation of the 2015 nuclear deal; there is nothing in that deal about sanctions on the ballistic missile programme.

Tomlinson wrote: “[These sanctions and the choices made by the Trump administration] place issues such as ballistic missiles, human rights and terrorism back at the top of the agenda where they belonged in the first place.”

And the Iranian Resistance, the voice of the people of Iran, support these sanctions because they know that the extra investment in the country is spent on war, not on the people.

Tomlinson wrote: “For the regime, it must seem like they are trying to hold off the inevitable with the ever-rising tide of sanctions now being imposed almost daily. This ultimately gives the Trump administration significant leverage to force back an expansionist Iran; leverage that the Obama administration never sought to use much to the dismay of the peoples of Syria, Yemen, Iraq and Afghanistan.”

Iran to unveil missiles during anniversary

AFP: US victims of attacks in Israel and their...