US and European Countries Join to Criticise Iran’s Latest Launch 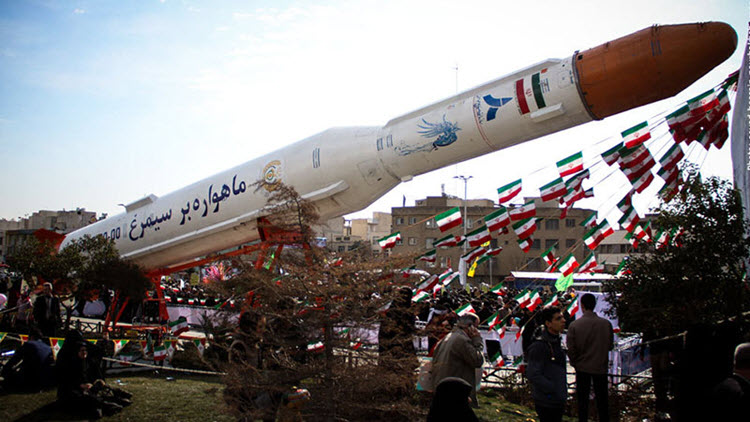 London, 3 Aug – The United States, along with France, Britain, and Germany has pushed the United Nations Security Council for action, on Wednesday August 2, over the launch of a satellite rocket by the Iranian Regime.

US Ambassador to the UN Nikki Haley wrote a letter on behalf of the four countries, in which she argued that the Simorgh space launch vehicle system used in last week’s test, would have a range of over 300 kilometres (185 miles) and enough payload capacity to carry a nuclear warhead, if it were reconsidered as a ballistic missile. This information she gathered from the missile technology control regime.

In the letter, she argued: “This launch therefore represents a threatening and provocative step by Iran.”

It continued: “Iran’s longstanding program to develop ballistic missiles continues to be inconsistent with UN Security Council Resolution 2231 and has a destabilizing effect in the region.”

The resolution was passed by the UN in 2015 to endorse the nuclear deal between Iran, Britain, China, France, Germany, Russia and the United States, which lifted sanctions on Iran in exchange for a slowdown in the development of their nuclear weapons programme.

Since then Iran has launched several ballistic missiles, and still claimed to be compliant with the nuclear deal and the UN resolution.

Haley advised that the UN Security Council come to an informed and timely conclusion about the actions that need to be taken to address this matter.

All four countries in the letter called on Iran to “immediately cease” all ballistic missile activities and on the international community to “send a clear message to Iran.”

They requested that Secretary General Antonio Guterres prepare a report on Iran’s ballistic missile and space launch activities for the Council.

This is not the first time that Haley has brought this matter before the Security Council but in previous instances, Russia has claimed that Iran is not in violation of the resolution.

Following Iran’s rocket launch on July 27, the US imposed sanctions on six more Iranian companies that were linked to Iran’s missile program.

Regardless, Iran’s foreign ministry claimed that it would continue the missile program “with full power”, denying any violation of the international agreement and calling the US sanctions “hostile, reprehensible and unacceptable.”

The US recently certified Iran as in compliance with the nuclear deal, despite clear evidence to the contrary.

Source: Fox News On Friday, the Center for Security...