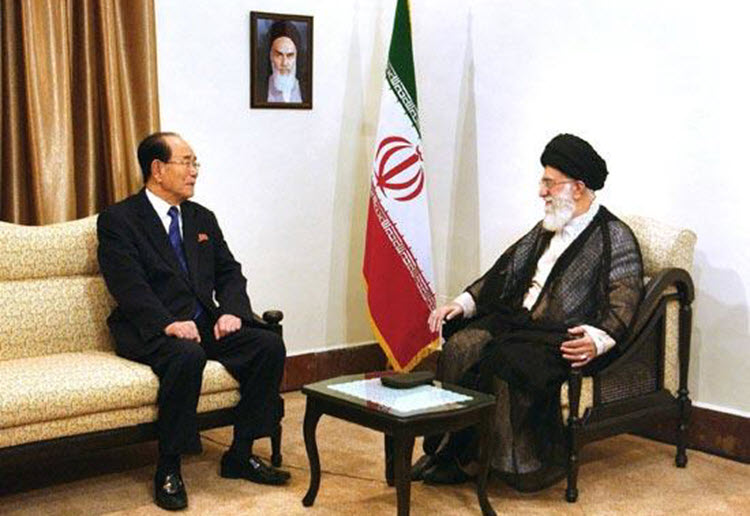 London, 12 Aug – Numerous officials from around the world travelled to Iran for the inauguration of President of Iran Hassan Rouhani as he starts his second term. One of those who was in attendance was the President of the Presidium of the Supreme People’s Assembly of North Korea, Kim Yong-nam.

For 40 years North Korea has been an ally to Iran and their history runs deep. Kim Il Sung, the leader of North Korea since it was established in 1948, reached out to Iran’s Supreme Leader Khomeini when the announcement was made regarding the victory of the Islamic Revolution. The Supreme Leader then met with ambassador Chabeong Ouk in Iran, making comments about what he called the “aggression of U.S. troops against the meek nation of Korea”. Since then, both countries have bonded over their disdain for the United States.

During the Iran-Iraq War, North Korea supplied Iranian troops with arms for oil and cash. Iran was especially under-equipped, so the aid from North Korea contributed greatly to the relations between the two countries and gave a boost to Iran’s forces. Later in the war, North Korea provide Iran with missiles.

Both countries are well-known for their censorship and propaganda policies. In the eighties, the current President of Iran, Hassan Rouhani, met with people in North Korea’s Radio and Television Broadcasting Committee during a trip to Pyongyang. On the same trip, Rouhani also was tasked with pursuing arms.

At the end of that decade, the then-President Khamenei paid a visit to North Korea that contributed to him becoming the Supreme Leader.

The Iran-Korea Friendship Association was set up after Kim Il Sung died. Friendship farms were set up and annual cultural exchanges were organised.

However, despite the strong links between North Korea and Iran, not all Iranian officials have spoken positively of the North Korean influence. Mohsen Rezaei, Secretary of the Expediency Council and former chief of the Iranian Revolutionary Guard Corps (IRGC), said in 2006 that its example should be avoided because it has become reactionary – something he did not want for his own country.

The way each of the countries treat their own people is similar. Human rights in both are horrific and they have been called out on this numerous times by many international organisations.

Finally, they both represent a huge threat to peace and security in the world.

The Times: Dying for a drink? Men and mules...