Why Is Iranian Regime Preventing International Inspectors From Visiting Their Military Sites? 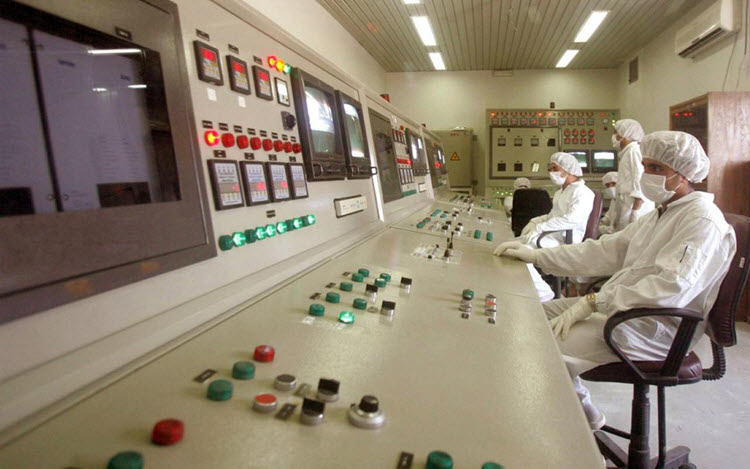 London, 14 Aug – One of the most senior military officials in the Iranian Regime has announced that they will not allow international inspectors to visit Iranian military centres under any circumstances, in clear violation of the 2015 nuclear deal.

Brigadier General Hossein Salami, Lieutenant Commander of the Iranian Revolutionary Guards Corps (IRGC), said: “Both the great Iranian nation and the US and the world should know that if there is only one demand in the whole world which will be rejected and if there is only one wish that will be taken to the grave, it is the Americans’ demand to visit our military centres.”

Live on Iranian state TV, Salami announced that the US would not be allowed to visit Iranian military sites to verify that the Regime isn’t in violation of the 2015 nuclear agreement between Iran, the US, and five other world powers.

He said: “The Americans should not allow themselves at all to speak about Iran and if they want to visit a base they should go to the military sites in the US.”

Salami even bragged about the Regime’s defence and military power; boasting that the Iran has so many missiles that they are having trouble storing them.

The question is; why is the Regime so against being transparent with the rest of the world? Probably because they know that they would be found in violation of the Joint Comprehensive Plan of Action (JCPOA) if they allowed inspections.

Salami’s comments followed those made last week by Brigadier General Amir Ali Hajizadeh, Commander of the IRGC Aerospace Force, who stressed that Western countries would not be allowed to visit the country’s military sites.

He said: “The response is clear. We will not give them such a permission.”

He continued: “Both the Zionists [Israel] and the reactionary regional regimes understood that we have certain red lines and will resist to safeguard the revolution and will not withdraw.”

Tensions between the Iranian Regime and the USA over the nuclear deal are at an all-time high, with Donald Trump recently blasting the Regime for failing to comply with the deal and warning that “some very strong things” would happen unless the Regime started to comply.

This is not the first time that Trump has come out against the nuclear deal. Several weeks ago, he warned that there would be “big, big problems” for Iran and while on the campaign trail, he described it as “the worst deal I’ve ever seen negotiated” and accused Iran of being disrespectful to the USA.

Daily Mail: A couple due to be stoned to...