How the US Has Accidentally Supported the Iranian Regime 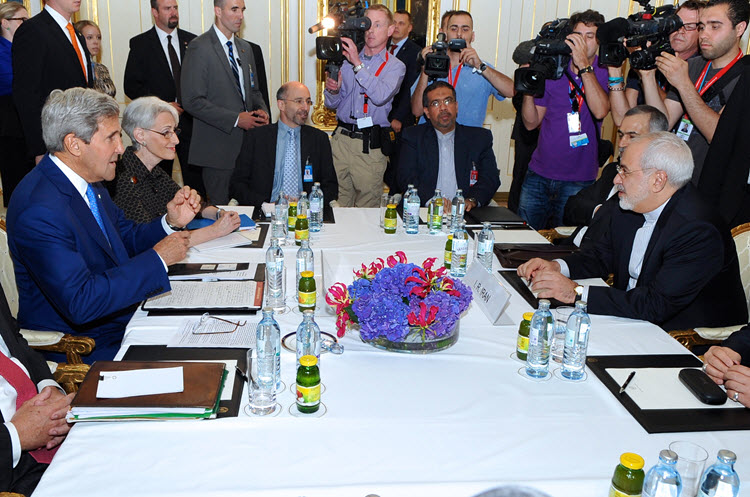 London, 14 Aug – The US has historically been a strange and unwitting ally to the Iranian Regime, according to an expert in Middle Eastern politics.

Journalist Eyad Abu Shakr wrote an op-ed for Al Arabiya in which he explains how the US have both directly and indirectly helped the Iranian Regime into a position of power in the Middle East through a deadly combination of inaction, sanctions relief, and poor decisions.

He writes that the 2015 nuclear agreement, designed to stop the development of nuclear weapons by the Iranian Regime, may indeed be laying the groundwork for the Regime to have a much larger nuclear weapons programme by 2030, and accused the US of ignoring the threat the Iran posed the rest of the Middle East.

He wrote: “[Former US President Barack] Obama reached a deal with Iran that will allow the latter, after 15 years, to establish a nuclear military capability. That was not all. To reach this deal, the US disregarded the expansion of the Iranian Revolutionary Guard Corps (IRGC) throughout the Middle East, inciting sectarian hatred and civil war.”

He continued: “At the same time, the US mocked the Syrian people’s revolution and denied it a path to success and any means of support. It also deceived the Syrian people and turned a blind eye to violence, starvation, displacement and destruction — crimes that have killed up to half a million Syrians and destroyed the lives of untold millions more. To put it simply, the Iranian and Syrian people have been overlooked, for the sake of a capricious deal that contradicted every principle of combating terrorism.”

He assessed that the Iranian Regime and its “death to America” mentality had actually benefitted from the 2003 US invasion of Iraq, not just because they were able to seize control once the US troops left but also because it helped them to radicalise more people against the West.

He wrote: “The US did Tehran a favour by exterminating the Baathist regime, but once that was achieved Tehran had no interest in keeping the Americans there for long. To put pressure on Washington, Tehran gave the Syrian regime the task of exporting Al-Qaeda terrorism to Iraq with operations targeting the remaining US soldiers. That is how Iran forced the US to withdraw, leaving the arena clear for Tehran’s influence.”

He continued: “According to Tehran’s followers in the Arab region, the Taliban, Al-Qaeda and now ISIS are takfirist organizations who accuse other Muslims of apostasy. This charge does not, of course, extend to similar organizations that are supported by Tehran.”

AFP: Iranian police have arrested a group of people...