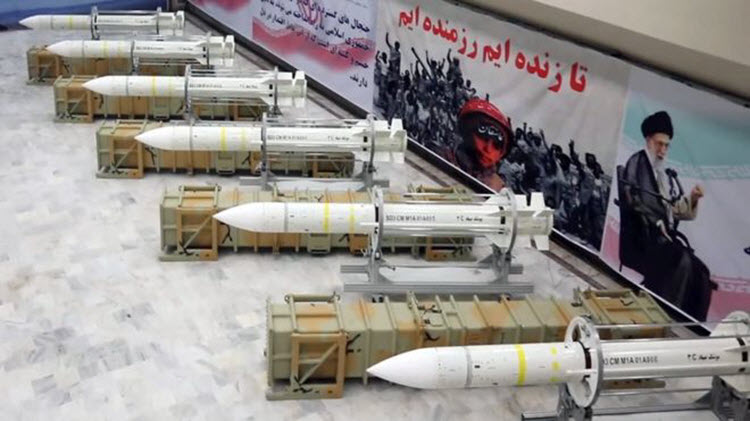 London, 14 Aug – The Iranian Regime has recently voted to boost its military power by over $500 million in response to US sanctions on Iran.

The bill, which was voted for by mullahs chanting “Death to America”, overwhelmingly passed the first vote in the Regime’s Parliament, with 240 voting in favour of the increase and just four voting against.

It must pass a second vote in the Parliament before it can be submitted for final approval.

The extra money will be used to increase the Regime’s involvement in destabilising conflicts across the Middle East, their funding of terrorist proxies like Hezbollah and Hamas, and boost the power of their personal terror squad, the Revolutionary Guards Corps (IRGC).

The 27-point bill also allocates an additional $260 million each for the “development of the missile programme” and the Iran’s Quds Force, an even more militant branch of the IRGC, according to IRNA, the official state news agency.

It also imposes sanctions on the US military and intelligence officials in the region, including those fighting the so-called Islamic State.

Ali Larijani, Speaker of the Regime’s Parliament, said that this vote was designed to counter the USA’s “terrorist and adventurist activities” in the Middle East.

This was a strange statement to hear from a Regime that has terrorist training camps within its country that funds terrorist cells across the Middle East and has been labelled the world’s number one state sponsor of terrorism.

Abbas Araqchi, Iran’s chief nuclear negotiator, claimed that this new bill did not violate the 2015 nuclear agreement between Iran and six world powers (the US, the UK, France, Germany, China and Russia).

The US began imposing non-nuclear sanctions on Iran in January, shortly after Donald Trump took office.

The Iranian Regime had conducted a ballistic missile test in direct violation of the UN Security Council resolution, which cemented the 2015 nuclear deal, and in response the US Treasury introduced sanctions against 25 Iranian people, businesses, and entities.

Donald Trump, an avid opponent of the nuclear deal, has called The Joint Comprehensive Plan of Action (JCPOA) “the worst ever” and threatened to tear up whilst on the campaign trail last year.

Trump has since shied away from this promise, instead invoking non-nuclear sanctions against the mullahs’ Regime but many members of US Congress advocate allying with the Iranian Resistance to bring democracy to Iran and peace to the Middle East.