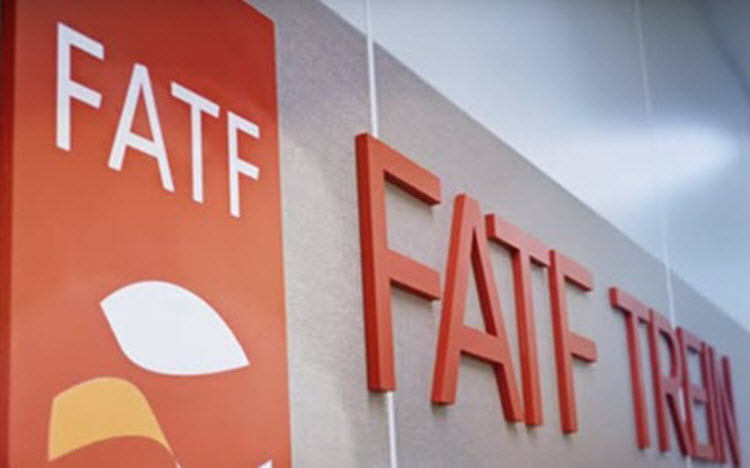 London, 21 Aug – The 2015 nuclear agreement has failed to solve Iran’s economic problems and even allowed the US to strengthen sanctions again the Regime, according to Iranian economists.

Ibrahim Razzaghi, an Iranian economist, spoke to the state-run Basij Rouz news agency about the recalling the Financial Action Task Force on Money Laundering (FATF) contract and its consequences on Friday August 18, and called the Regime’s response to US sanctions “insignificant.”

He said: “One of the largest banking systems is in the United States, which is capable of sanctioning even the Iranian domestic banks under the new agreements such as the FATF.”

He continued: “American banks can exert pressure on Iran and impose sanctions on military institutions, including the Revolutionary Guards (IRGC) through banks inside the country, as we saw a while ago, one of the banks created some problems for a military establishment in the country.”

Of course, the American economy is much stronger and more robust than the Iranian one. This means that companies are more likely to want to trade with the US rather than Iran, and most businesses would not risk US sanctions.

He said: “At the moment, we see that although bank sanctions have been lifted, but in practice, due to the pressure exerted by the American banking system on the world’s banks, most large banks have been able to exchange currency with Iran. Even in cases where contracts have been closed, there is no possibility of currency exchange for the contract to become operational.”

The Regime’s parliament passed a reactionary bill imposing sanctions on the US but this will not hurt the US.

He said: “The parliament has knowingly or unknowingly passed a bill only to take a reciprocal action against the U.S., but in practice it has the little operational capability, and even if it is operational, it will have very little effect in relation to U.S. sanctions.”

Bijan Abdi, another economist, spoke to the state-run Young Journalists Club website on 17 August, about the effects of the intensification of US sanctions on Iran regime in which he made clear that there is now no way to circumvent the sanctions; emphasizing that domestic production has not increased in these years.

He noted that the US is the leader in nuclear negotiations and that the other P5 + 1 countries are likely to follow suit on increased sanctions.

He said: “As part of this group, whenever the U.S. issues a bill, those 5 other members will unconsciously execute the bill, because they are its subordinate and in fact do not have an independent role vis-a-vis this superpower. For example, because European banks have the greatest banking deals with the United States, they will inevitably pull back when the instructions are issued by the United States.”

This ignores the fact that Britain, Germany, and France have also been concerned about the Regime’s ballistic missile programme and joined the US in calling upon the UN for the punishment of Iran for violating the UN Security Council’s Resolutions against the use of ballistic missiles.