Saudi Arabia Working With Iraq to Freeze out Iran 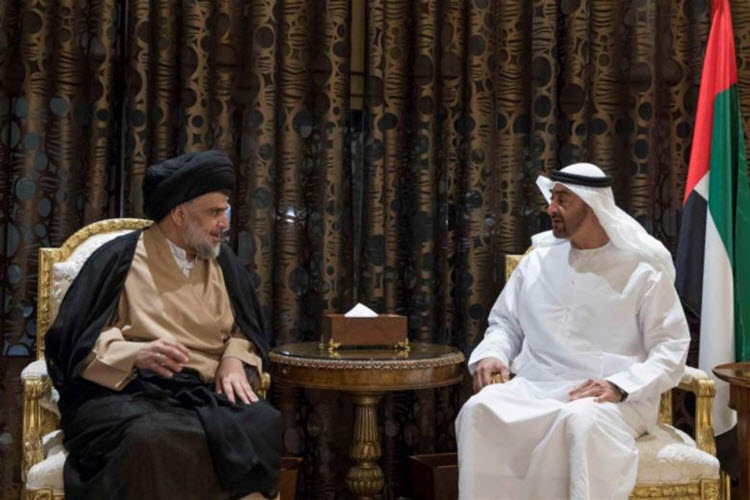 London, 22 Aug – The meetings between Saudi Arabian and Iraqi officials late last month indicate that the Saudis are attempting to put distance between the Iranian Regime and the government in Iraq, according to a Middle East Expert.

Fanar Haddad, a research fellow at the Washington-based Middle East Institute, said: “Hosting Sadr in Riyadh and Abu Dhabi shows regional rivals and particularly Iran that KSA/UAE are capable of tapping into and influencing intra-Shia politics in Iraq.”

Haddad noted that Sadr is very tempting for the Gulf monarchies.

He said: “Sadr would be a prize catch: authentically Shia-Iraqi, distrustful if not disdainful of Iran and with a genuinely organic and loyal grassroots following.”

This move will show the Iranian Regime that they are no longer the puppet master for Iraqi politics, according to Iraqi political scientist Hashem al-Hashemi.

Hashemi said: “[Tehran] prided itself on pulling all the strings among the Shiites (of Iraq) but it seems that several strings are now beyond its grasp, like that of the Sadrists.”

Of course, Sadr is not the only Iraqi politician to enjoy such meetings. Back in June, Iraqi Shiite Prime Minister Haider al-Abadi also held meetings in Saudi Arabia.

However, Michael Knights, a researcher at the Washington Institute, noted that Abadi could face persecution by the Iranian Regime for working with the Saudis.

He said: “Tehran will view the Saudi Arabian engagement by Abadi and Sadr as another reason that Abadi must be displaced as premier in the 2018 elections. And Iran will work hard behind the scenes with money, media and weapons to make that happen.”

Haddad warned Saudi Arabia and the UAE against counting too much on Sadr to help them at the expense of Iran.

He said: “They should moderate their expectations as to how much he will be willing to deliver.”

He continued: “We’re still a long way from Iraqi-Saudi relations coming anywhere near the depth or complexity of Iraqi-Iranian ties.”

The main border crossing between Iraq and Saudi Arabia is set to open again later this year.

Even after Hussein was ousted following the 2003 US-led invasion of Iraq, ties between the two countries have remained strained and Iraq remained close to Iran.

Reuters: China said on Thursday that the disagreement over...

Sunday Telegraph: In 2011, Kobler joined with Maliki and...