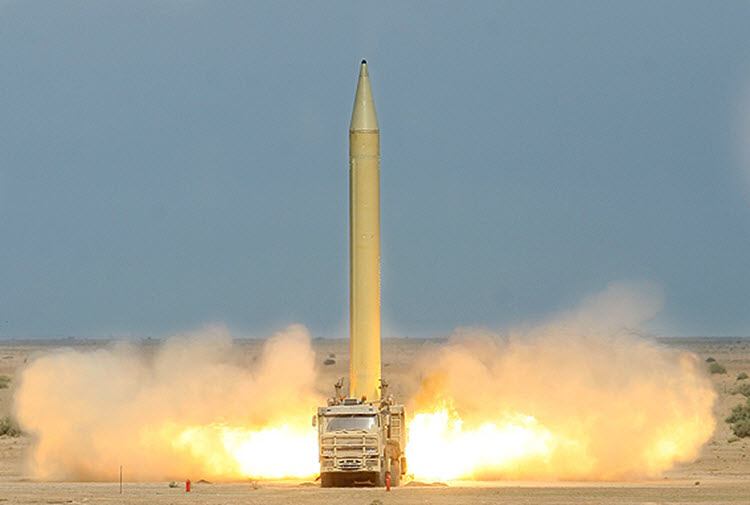 London, 25 Sep – Over the weekend, the Iranian Regime revealed a never before seen video showing a successful test of their new Khorramshahr medium-range ballistic missile.

The missile, revealed during a military parade on September 22, bears remarkable similarities to the North Korean BM-25 Musudan / Hwasong-10 missile, sparking fresh rumours that the two countries are collaborating.

Though Iran claims that this missile is a domestic effort, it has made the same claims about many other weapon systems that appear derived from foreign designs like its Shahab-3 medium-range ballistic missiles (based on North Korea’s Hwasong-7).

It is worth noting that this footage does not have a time and date attributed to it and it could be a secondary video from their January launch.

While it is impossible to be certain that the two rogue regimes are working together, their timelines have been linked for a while now.

Joseph Trevithick wrote on The Drive: “It seems very possible that we could see a flurry of ballistic missile developments in Iran and among its allies in the near future. It also will be interesting to see if new Iran announcements continue to come soon after similar displays in North Korea.”

Iran is supposed to have closed down development on nuclear weapons under their 2015 deal (officially known as the Joint Comprehensive Plan of Action or JCPOA) with six world powers including the US, but there are many reports that they are in fact skirting the deal by denying international inspectors access to their sites and setting up nuclear sites in other countries, like Syria.

While the JCPOA doesn’t specifically ban ballistic missile tests, the UN resolution that secures it does, so this test (along with Iran’s many others this year) could be seen as reason enough for the US to decertify Iran as compliant in October and to get really tough in their policy on Iran.

Iran insists that their ballistic missile programme is defensive and does not qualify as a breach of the JCPOA, but neither of those things is true.

Indeed, then US Ambassador to the UN, Samantha Power said in March 2016, after threats to Israel were daubed on an Iranian ballistic missile: “The United States is deeply concerned about Iran’s recent ballistic missile launches, which are provocative and destabilizing. We condemn such threats against another UN member state and one of our closest allies.”

US calls on Syria, Iran to honor UN resolution on Lebanon