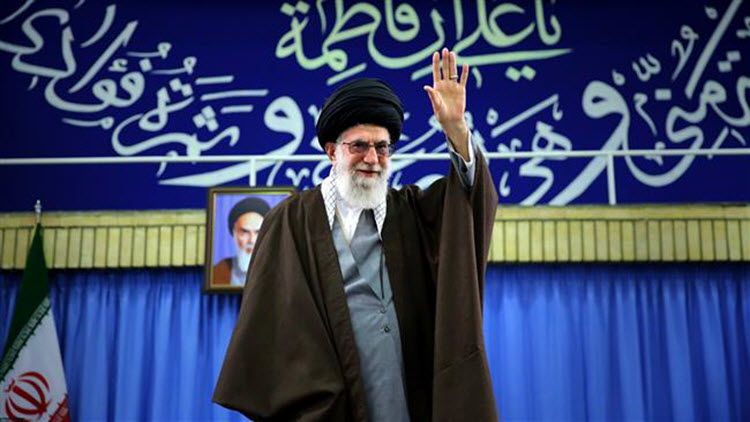 London, 25 Sep – Following some absurd comments by the Supreme Leader of Iran about his and the Regime’s status in the Muslim world, one political scientist is telling the Regime to take their cues on peaceful co-existence from Saudi Arabia.

Dr. Majid Rafizadeh, a leading expert on Iran and US foreign policy, wrote an op-ed for Arab News in which he dismissed claims on Ayatollah Ali Khamenei’s website in which he is described as the “leader of the Islamic World”.

Rafizadeh highlights that a leader of the Islamic world should at least show some qualities of Islam, like uniting the Shiite and Sunni worlds and building bridges between the Muslim and non-Muslim worlds.

He said that nothing in the Iranian Regime suggests that religion has been used to unify but everything suggests that it has been corrupted to divide.

Rafizadeh wrote: “Pursuing their own ideological and revolutionary agenda, the Iranian leaders also attempt to undermine other Muslim governments or non-state actors that are viewed as competitors to Tehran’s religious rule. The ruling clerics of Iran base their policy on the old divide-and-rule strategy. In Iraq, they pursue a sectarian agenda favouring the Shiites over the Sunnis – causing the country to be inflicted with continuous civil war. In Syria, Iran pits the Shiite militias against the Sunni population. Tehran pursues the same policies of exploitation in other nations too; Yemen, Lebanon, Bahrain, to name a few.”

There are many Muslims working towards cooperation with each other and people of other faiths and people of no faith, like the Rapprochement Communiqué held in New York last week or the Makkah-based Muslim World League, in order to find common ground to help them solve problems.

Indeed, the Secretary-General of the Muslim World League, Dr. Mohammed bin Abdul Karim Al-Issa, called on Muslims and non-Muslims alike to stand against extremism and hatred.

He said: “What is important is our understanding of the need for co-existence and cooperation in the light of this understanding to serve not just mutual interests, but to also serve all humanity, to promote social peace and intellectual security and to defeat evil, while enshrining the concepts of righteousness, charity, all without religious, sectarian, ethnic, political, intellectual or other distinction…Differences are an essential component of life. There is no reason why the uniqueness of every man, woman, and child should pull societies apart.”

Rafizadeh wrote: “No statements such as Al-Issa’s have ever been heard from Iran’s Supreme Leader Ali Khamenei, who frequently bashes other nations.”

If the Iranian Regime really wants to be considered a force for good in the Muslim world, then Rafizadeh notes that the least they could do is pursue one of the Rapprochement Communiqué’s eight recommendations, like making a cohesive strategy to oppose extremist ideology and accomplish peaceful coexistence with other countries.

He wrote:”Since its establishment in 1979, the Islamic Republic has not conducted any efforts to unite the Shiites and Sunnis, or to create bridges between Muslims and non-Muslims. On the other hand, there are plenty of examples showcasing the Iranian regime pursuing a sectarian agenda, militarizing and dividing communities, and inflaming tensions between religious communities.”