Why Trump Should Decertify the Iran Deal 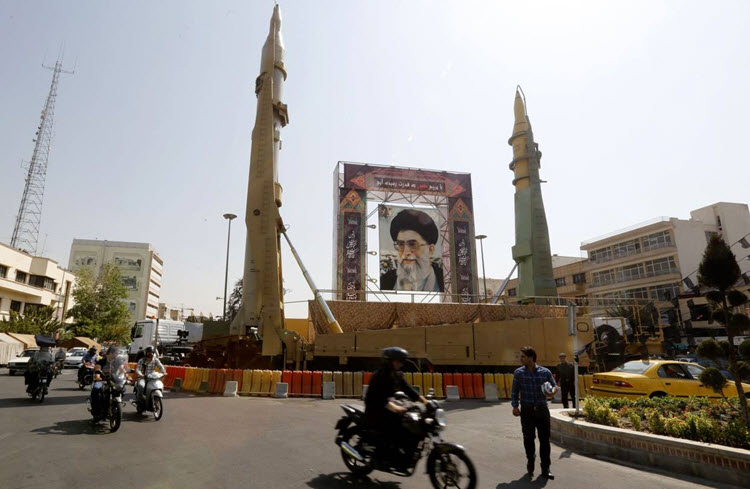 London, 28 Sep – A prominent critic of the Iranian nuclear deal recently discussed why he hopes Donald Trump will see the light and finally decertify Iran’s compliance at the October deadline.

David Ibsen, president of the United against a Nuclear Iran think tank, gave an interview to the Adriana Cohen Show on Boston Herald Radio on Wednesday September 27, in which he assessed that although it is hard to say for certain what will happen on October 15, he hopes Trump will back up his tough talk on Iran with action.

Ibsen said: “I think one hope that people have is that if the president doesn’t recertify this deal that we can put pressure on our allies and the Iranians to shore up some of the shortcomings of the agreement.”

Under US law, the president must verify to Congress that Iran is compliant with the nuclear deal, that the deal is achieving certain designated goals, and that it is still in the interest of US national security every 90 days. So far this year, Trump has verified them twice.

The president does have the option to refuse and in that case, the decision would go to Congress, who would have 60 days to decide whether or not to re-impose sanctions.

Ibsen said: “It’s difficult to say. Ultimately it’s the president’s decision, but a lot of indicators point to a decision to not certify the Iran deal… Everything that we’re seeing, indications coming out of the White House and the administration, is that the groundwork is being laid for a decision to not recertify that deal … I wouldn’t be surprised if we see on the 15th a decision to back away from those previous certifications.”

Trump, who has previously called the deal an “embarrassment” and the “worst deal ever”, is reportedly keen to nix it and soon but is being prevented by others in his administration.

Ibsen noted that one of the biggest flaws to the deal is that it does nothing to address other areas of concern surrounding Iran, specifically ballistic missile testing, support for terrorism, hostage-taking, human rights abuses, supporting of regional proxies worldwide, and collaboration with other rogue states like North Korea.

He said: “That’s one of the biggest concerns of the Iran nuclear deal, that it doesn’t restrict Iranian misbehaviour and a number of other areas. I mean, putting aside the question of whether or not it stops Iran’s pursuit of nuclear weapons — I think it doesn’t — there’s all these [other] issues which [are] ongoing and [have] negative security implications for the world.”

He continued: “If we want to tighten restrictions on Iran nuclear testing, if we want more access to nuclear sites in Iran, if we want to push back on Iranian misbehaviour, if we want to shorten or lengthen the sunset clauses in the deal … we can really negotiate and shore up some of those loose ends.”

Germany to host six-power talks on Iran this week

Reuters: Germany will host high-level talks this week between...