Stop Calling Rouhani a Moderate and Advocate for Regime Change 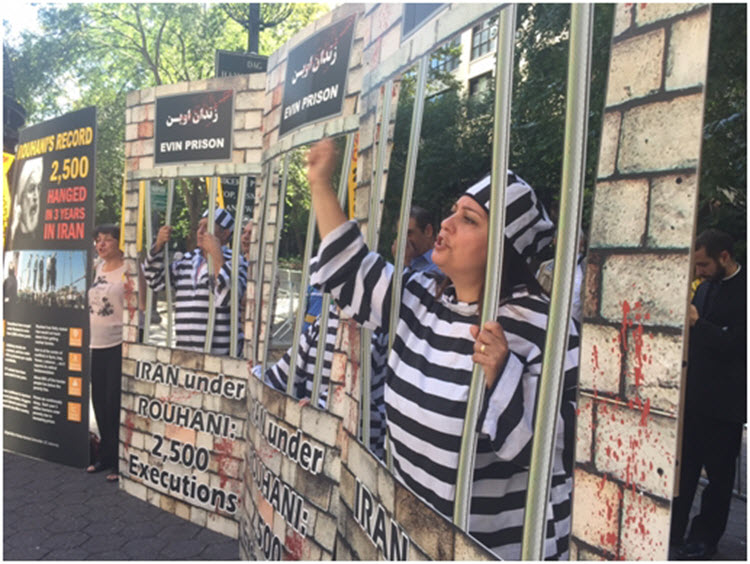 London, 28 Sep – There are many things that you could call Iranian President Hassan Rouhani but “moderate” is not among them, according to a leading expert on the Iranian Regime.

Dr. Majid Rafizadeh, a Harvard-educated political scientist, wrote an op-ed for Eurasia Review in which he broke down that Rouhani is not a moderate and that moderates do not exist in the Iranian Regime.

After Rouhani’s desperate and deceptive speech to the UN last week, in which he attempted to paint the Regime as a democracy, many in the West fell hook, line and sinker for his lies. Rafizadeh was determined to right this wrong with indisputable facts about Rouhani and the Regime.

Facts on a “moderate” Regime

• Since Rouhani took office in 2013, over 3,000 people have been executed in Iran; dozens of them children.

• Iran has the highest per capita rate of executions in the world and remains one of the only countries that still executes minors.

• Iran is working to destabilise the Middle East (specifically Syria, Yemen, and Iraq) in order to take over in a power vacuum.

• Many of the serving officials were directly involved in the 1988 massacre of over 30,000 political prisoners, including both Justice Ministers appointed under Rouhani

Rafizadeh wrote: “No wonder the Iranian people want a new Iran, free from a regime that diverts their wealth and scarce resources toward suppression, missiles and terrorism.”

Their families have demanded investigations at great personal risk but they have been shut down. The international community must step in.

US Senator Joe Lieberman is one of many calling for an international investigation into the 1988 massacre to expose the mullahs for their crimes against humanity and obtain justice for the victims.

Rafizadeh wrote: “The international community should break its silence over the 1988 massacre. Washington should lead the way. The first step is to establish an independent investigation. More broadly, as part of a new policy that rejects both appeasement and war, America should support the Iranian people and the organized opposition of Iran toward the ultimate goal of democratic change.”

As asserted by Donald Trump in his address to the UN, the main victims of the Regime are their own people and the people of Iran are desperate for change.

This was demonstrated by the thousands of Iranian-Americans, the organized opposition movement, the National Council of Resistance of Iran (NCRI), and their supporters who gathered outside the UN to protest Rouhani’s admittance and the more than 11,000 recorded anti-Regime protests inside Iran in the past year.

The NCRI’s President-elect Maryam Rajavi, said: “It is time for the world community, especially western countries, to end appeasing the mullahs’ regime. Any diplomatic and commercial relations with the regime must be conditioned on a halt in torture and executions.”

Rafizadeh wrote: “This is the first time since 1979 that the White House, regional powers and the international community have had the momentum to exert the needed pressure. A new Iran shines on the horizon… Let us hope it is shining just as bright for the White House.”

UKPA: At least 19 people were killed in Iran...

Delara Darabi: ‘Oh mother, I can see the noose’

The Independent: It was 7am when Delara Darabi phoned...