Trump May Let Congress Decide on Future of Nuclear Deal 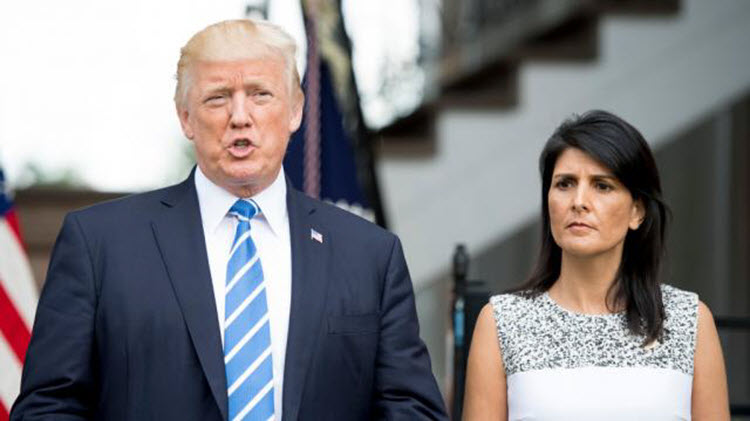 London, 29 Sep – President of the United States Donald Trump has a deadline of 15th October in which he is legally obliged to inform Congress about Iran’s compliance, or non-compliance, with the 2015 Iran nuclear deal.

His decision is eagerly awaited because it could have a profound impact on the future of the nuclear deal. If he decides that he will not certify Iran compliant with the deal, which he has hinted that he may do, the next step will be up to Congress.

Last week, Trump indicated that he has made a decision about what he wants to happen regarding the deal. His announcement was news to Secretary of State Rex Tillerson. However, Trump is keeping us in suspense for a little while longer.

Trump is being pulled in two different directions. There are those that firmly believe that the deal should stay in place because it is the only way of ensuring that the nuclear threat from Iran is kept under control.

However, there are also those who are urging Trump to get rid of the deal. Last week, Trump said that the deal was extremely “one-sided” and called it an embarrassment to the United States. Even before he became president, Trump said during the election campaign that the nuclear deal was the “worst deal ever” and promised to rip it up if he took office.

The Prime Minister of Israel, Benjamin Netanyahu, has been reminding Trump of his campaign pledge and is urging him to keep that promise. He said that Trump needs to fix it with extreme pressure and crippling sanctions. During his United Nations General Assembly speech, Netanyahu expressed his grave concern about the sunset clauses on the “dangerous deal”.

Iran has already said that it will not renegotiate the nuclear deal, and the other signatories – Germany, France, Britain, China and Russia – have said the same.

Some predict that instead of making the decision about the nuclear deal by himself, Trump will pass the buck to Congress who will have to decide. All he would have to do is tell Congress next month that Iran is violating the spirit of the nuclear deal.

Some of his administrations officials have backed this statement up, and a few weeks ago, US Ambassador Haley had said that Trump has plenty of justification for not certifying Iran compliance.

However, other officials are saying that while the deal is not great, it is better than not having a deal in place. Furthermore, the UN’s nuclear watchdog, the International Atomic Energy Agency (IAEA), has confirmed that Iran is meeting its commitments. The IAEA inspects the Iranian facilities.

If Trump leaves the decision to Congress, he is washing his hands of the situation. He may be giving himself the opportunity to be able to say that he would have acted differently but the decision was up to Congress.