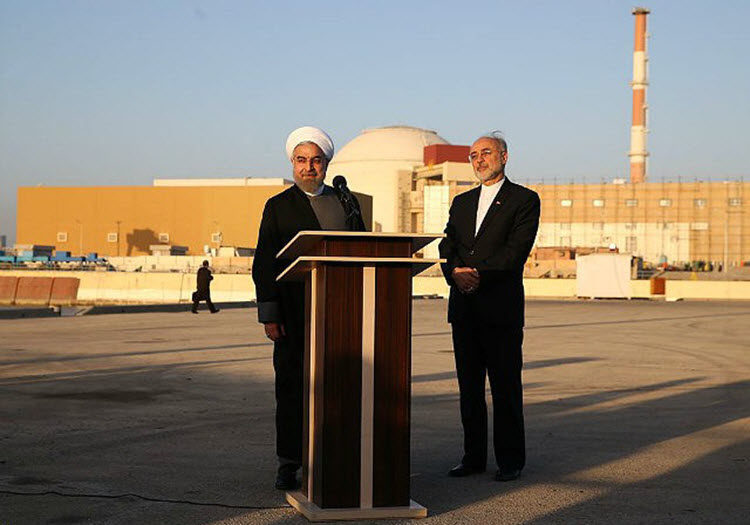 London, 12 Oct – Regarding the law requiring the president to determine every 90 days if Iran is abiding by the accord, Mr. Trump said, “If it was up to me, I would have had those noncompliant 180 days ago.” Although Trump has certified Iran’s compliance twice, he has done so reluctantly.

The Iran nuclear deal, formally known as The Joint Comprehensive Plan of Action (JCPOA), did not pass the Senate with the two-thirds majority the Constitution requires of treaties, giving Trump the ability to abandon the deal as soon as he took office. In fact, as president, it was his duty, since he declared, as a candidate, his belief that, “The Iran deal poses a direct national-security threat.”

Instead, he has twice certified Iran’s compliance, and waived statutory sanctions against Iran. As the October 15th deadline approaches, Trump is expected to give a speech announcing decertification.

Decertification won’t destroy the deal, though. If the deal is decertified, Congress has 60 days to decide whether to reimpose sanctions — and in the name of negotiation, Trump could continue waiving them himself.

At a Senate hearing last week, Defense Secretary James Mattis and Joint Chiefs chairman Joseph Dunford argued that America should preserve the JCPOA. They testified that Iran is in compliance with the deal, and the deal is in our national-security interest.

However, some say that we can’t know whether Iran is in compliance with the agreement because International Atomic Energy Agency inspectors haven’t checked. “Nobody is allowed to visit Iran’s military sites,” one Iranian official declared.

The JCPOA doesn’t give the IAEA the ability to make inspections on demand. Inspectors are required to have reason to believe checks are necessary before they can request access.

The review law requires the president to certify that the Iran deal is “vital to U.S. national-security interests.” The nuclear deal only slows Iran’s nuclear aspirations, and Iran has already received $1.7 billion from the United States to settle a decades-old arbitration claim. The sanctions relief provided by the JCPOA has also enabled European countries to do business in Iran, and Boeing has already signed agreements worth $19 billion to supply Iran with aircraft.

Iran is accused of using that money to fund America’s enemies. The Congressional Research Service reported in August that “multiple U.S. commanders have warned of increased levels of assistance” from Iran to the Taliban, in Afghanistan.

Trump regularly railed against the “catastrophic” deal during his campaign for the presidency. Now he’s president. The world awaits the announcement of his decision.

Iran has ‘significant role’ to play in Iraq: US envoy

AFP: Iran has a "significant role to play" in...

AFP: Hackers calling themselves the 'Iranian Cyber Army' have...