Why Iran Regime Must Be Denuclearized 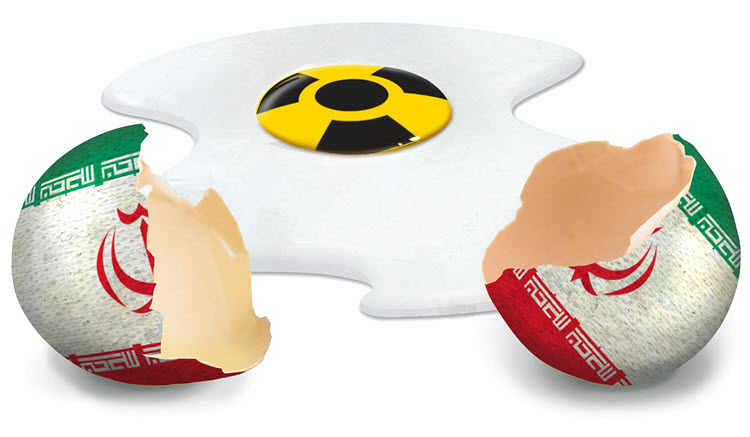 These critics say that Joint Comprehensive Plan of Action (JPCOA), known as the Iran nuclear agreement, makes Iran a threshold nuclear weapons state. Further, they say that Iran must only wait for the “sunset clause” and it will be permitted to produce nuclear weapons. They believe that the outcome of this is that Mideast politics cannot permit Iran to be the sole regional possessor of nuclear weapons. In fact, other states such as Saudi Arabia, Turkey and Egypt, are already making covert preparations to go nuclear.

So says Robert R. Monroe, retired U.S. Navy vice admiral, and former director of the Defense Nuclear Agency in his article for the Washington Times. He adds, “Given the tinderbox nature of the Mideast today — Libya, Lebanon, Syria, Kurdish regions, ISIS, Iraq, Yemen — the nuclear proliferation race will be intense. It will be accelerated by three factors: first, the regional nuclear fright in Northeast Asia, where North Korea’s neighbors, such as Japan, South Korea and Taiwan, are developing nuclear plans, technologies, personnel and resources; second, the increasing availability of fissile material from reactor growth in developing nations (some of which is intended for weapons purposes); and third, the startlingly rapid increase in international availability of intercontinental ballistic missile technology. No state will be safe without nukes.”

Monroe believes that proliferation will be rapid, and as early as 2030, “we will have spurted from eight to about 20 nuclear weapons states, mostly our allies, which formerly relied on the deteriorating U.S. nuclear umbrella. By 2040, expect to see about 30 nations with nukes, as high-tech countries rush to protect themselves. By mid-century the count will be about 40, as the leading Third World countries proliferate. Nukes will be everywhere, unrecognized, uncounted and many unprotected. And the count will continue to rise. Nuclear weapons will be available for seizure and use by aggressors, terrorists, criminals, failed and failing states, even extortionists. The world will be marked by ruined, radioactive, deserted cities, large and small.”

Monroe believes hope lies in immediate, forceful action by America, who must use military force to prevent Iran and North Korea from developing nuclear weapons.

“Immediately withdraw from the Iran nuclear agreement. Formally advise Iran that if it does not dismantle all its nuclear facilities, we will do it with military force. As an initial element of the negotiating process, demolish the Natanz uranium enrichment facility. Be generous with the carrots, but use the stick without delay if needed,” he advises, and continues, “Strike North Korea hard (electric power plants, communication networks, known nuclear and launch sites, leadership sites, artillery and missile sites targeting Seoul. Offer the populace a better life than they have ever known if they help.”

Monroe believes that by taking these two actions, America can temporarily stop proliferation, and the world can remain stable at eight states with nukes, with future diplomacy working to make it five.

Iran: Basic Needs, Such as Food Increase in Price by Nearly 50%