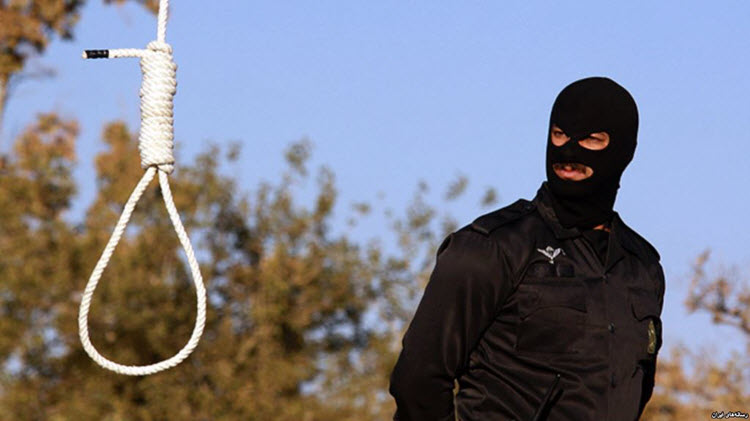 London, 21 Oct – According to reports, at least 3,111 inmates have been executed in Iran between August of 2013 and September of 2017, the years of President Hassan Rouhani’s tenure.

Included in this number are 81 women, and 24 individuals who were arrested while they were under the age of 18. In fact, in August this year, Alireza Tajiki, who was 15 years old at the time of his arrest, was hanged in the city of Shiraz. The United Nations Special Rapporteur on Iran and human rights organizations such as Amnesty International strongly condemned Tajiki’s execution.

Kia went on to say, “Many human rights activists, reporters, college students, and workers have been arrested by security forces, parallel to prisoners being placed under torture.”

Examples of this were seen in recent months, such as the October 5th death of Mohammad Jarahi, political prisoner and labor activist imprisoned for the past five years, who was denied adequate medical treatment. A large number of political and ordinary prisoners remain in need of medical treatment.

Although international organizations have repeatedly called for the Iranian regime to halt executions and torture, human rights abuses continue.

In late September of this year, according to the state-run news agency IRIB, Younes Davoudi, the Deputy Prosecutor of the province of Qom, announced that four prisoners had been executed on drug related charges and at least three prisoners had their hands amputated on theft charges.

Leila Bayat, an Iranian woman arrested in 2007 at a private party, was sentenced to 80 lashes for drinking alcoholic beverages at that time. Her sentence was carried out in September 2017.

Recently, video footage emerged from Iran that showed a number of prisoners being beaten in Ahwaz. In another video the injuries of a young peddler after he was beaten by municipality agents in Javanroud were displayed.

In April of 2014, Rouhani justified executions by describing them as “God’s commandment.”

Kia said, “This regime in its entirety has pillars founded on domestic crackdown and exporting terrorism abroad.” He claims that anti-government protests would erupt across the country, if the regime ended its crackdown. “The Iranian people will pour into the streets if the mullahs halt their repression and executions for even a few days,” he said.

Indeed, over the past few years, the number of demonstrations in various cities across Iran, have risen, especially those staged by laborers demanding their unpaid wages.

US President Trump called the Iranian people the “longest suffering victims of the regime,” and added, “The IRGC is the Iranian supreme leader’s corrupt personal terror force and militia.” NCRI President Maryam Rajavi welcomed the new US policy, to “condemn the Islamic Revolutionary Guard Corps’ (IRGC) gross violations of human rights” in Iran and “to deny the Iranian regime and especially the IRGC funding for their malign activities.”

When questioned about the ways that the international community can help to improve human rights, Kia highlighted five points, which are also advocated by Mrs. Rajavi. Those five points are reproduced below:

1. The appeasement policy vis-à-vis Iran, continued by the West, and especially previous US governments, must come to an end and be replaced with a firm policy.

2. Any political or economic relations with Tehran must hinge on ending the domestic crackdown, especially executions, and releasing all political prisoners.

3. Based on a new NCRI report, “The clerical regime has expanded its warmongering and criminal interventions in Syria and is seeking to reach the east coast of the Mediterranean by capturing Iraqi-Syria ground passage.” Based on US President Donald Trump’s new strategy vis-à-vis Iran and an executive order, the Treasury Department has now blacklisted the IRGC as a terrorist organization and issued comprehensive sanctions against this entity. The IRGC must now be expelled from across the region, especially from Syria, Iraq, and Yemen.

4. Launching an international independent inquiry into the 1988 massacre of over 30,000 political prisoners carried out by officials of this regime and Rouhani’s current cabinet. All perpetrators of the 1988 massacre must face justice and held accountable.

5. The Iranian people demand change. This is the sole real and lasting solution to bring an end to crises caused by the Iranian regime. Therefore, the West and United States must stand alongside the Iranian people and democratic opposition, and support their legitimate resistance aimed at establishing freedom and democracy.

No improvement in Iran’s human rights situation can be foreseen while a regime that refuses to change its nature leads the country.